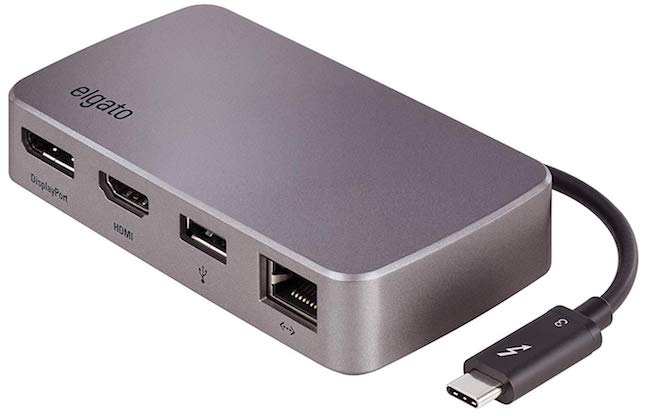 Thunderbolt 3 docks can be quite amazing. I recently reviewed such a dock made by StarTech and came away very impressed. That dock can transform a MacBook Pro or Windows 10 laptop into a desktop. It is designed to be kept at home or in the office -- stationary on a desk.

But what if you want a Thunderbolt 3 dock for when you are on the go? If you have a MacBook Pro, for instance, that isn't so crazy. Since you only have USB-C ports, a portable dock can be a great way to expand connectivity without carrying multiple dongles. In fact, there are already some portable TB3 docks on the market, Today, Elgato (a company recently acquired by CORSAIR) unveils its latest such product -- Thunderbolt 3 Mini Dock.

"The Thunderbolt 3 Mini Dock features HDMI 2.0, DisplayPort 1.2, USB 3.1 Gen 1, and Gigabit Ethernet ports to eliminate the need for multiple adapters -- minimizing clutter and maximizing functionality. Whether you use a MacBook Pro or Windows notebook, the Elgato Thunderbolt 3 Mini Dock puts a wide array of the most commonly used display and data ports just a built-in Thunderbolt 3 cable away," says Elgato.

The Corsair subsidiary further says, "The Taking advantage of Thunderbolt 3 speed with 40 Gb/s throughput, the Mini Dock ensures that all of your ports operate reliably at full performance. Plug into both HDMI and DisplayPort interfaces to simultaneously drive two displays at up to 4K resolution and 60 frames per second. Connect to the fastest wired networks with a Gigabit Ethernet port, and easily power the most demanding peripherals with USB 3.1 Gen 1."

The Elgato portable Thunderbolt 3 Mini Dock looks quite nice -- I really appreciate that the non-removable cable can be tucked away and stored on the bottom of the unit. While it doesn't begin shipping until September 13, you can [amazon_textlink asin='B07GS9XM54' text='pre-order it now from Amazon here' template='ProductLink' store='betanews02-20' marketplace='US' link_id='8005af5f-b23f-11e8-9f22-cd6c3e0475e0'] for $149.99. 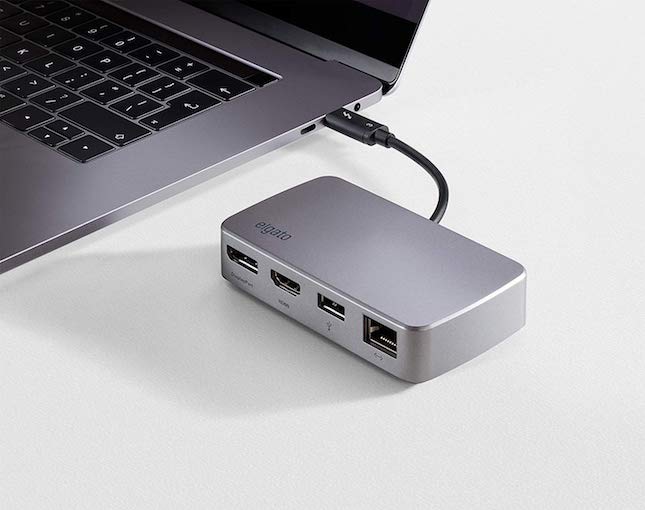 The StarTech docks also don't have the ability to tuck and store the cable on the bottom. With that said, StarTech's HDMI model does have an additional USB port, albeit 2.0. Only you can decide which to buy based on your needs.