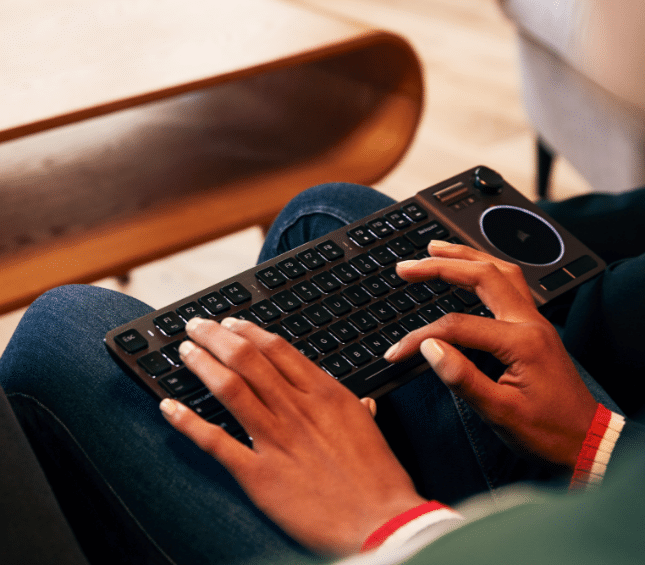 Navigating media and playing PC games from your couch, bed, or reclining chair can be quite tedious. When searching for a movie on Netflix, for example, it is very annoying to enter text with a remote control. Sure, there are voice search options, but it would be much nicer to use a keyboard. If you want to a play a PC game in your living room or bedroom because your computer is hooked up to a TV, using a keyboard and mouse on your lap is damn-near impossible. Instead, you have to pull out a table or something similar. Ugh. What a clunky experience!

Today, CORSAIR launches a new product that should make it much more comfortable to both play PC games and search for media while in front of your TV. Called "K83 Wireless Entertainment Keyboard," it also includes a touchpad, meaning there is no need for a mouse. It even includes an analog joystick! This one device can be used for both gaming and media. Best of all, it is reasonably priced too.

"Alongside its stylish anodized aluminum frame and white LED backlit custom CORSAIR ultra-low profile keyswitches, the K83 boasts an intuitive key layout that puts all the entertainment essentials within easy reach, whether you’re searching for the next episode, controlling playback, or exploring the latest game. Its contoured keycaps help your fingers settle in comfortably with a host of media shortcuts and hotkeys. An analogue joystick makes easy work of menus and content browsing and plays games like a gamepad when combined with the familiar WASD keys. A precision multi-touch touchpad and dedicated right/left click buttons make mouse cursor movement and clicks easy, with separate left and right click buttons also found on the keyboard’s shoulders," says CORSAIR. 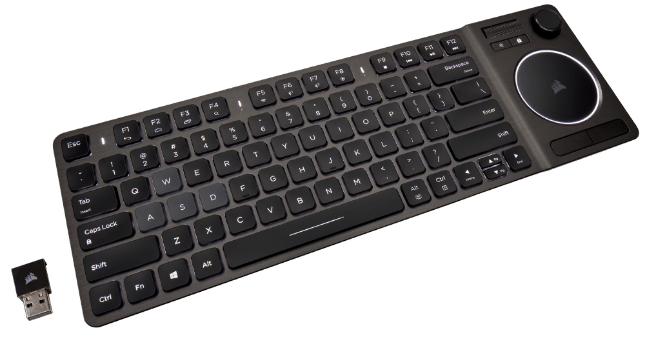 The company shares the below list of compatible devices. You can learn more here.

As previously stated, the CORSAIR K83 Wireless Entertainment Keyboard is competitively priced. How much does it cost? It can be had here for only $99.99. A penny shy of a hundred dollars is very reasonable when you consider it is not only a wireless keyboard, but a trackpad too. The backlit keys will be great for use in the dark, and the aluminum frame should make it quite durable. The rechargeable battery means you won't have to load up on AA or AAA batteries either. This thing looks exceptional, y'all.