Windows 95 has been enjoying a nostalgia-fueled revival in recent years. There have been concepts made for modern versions of the ancient OS on desktop and mobile and it’s even now possible to give an Apple iPhone a Windows 95 makeover.

Last year, developer Felix Rieseberg released Windows 95 as an Electron app and a few months later updated it to run gaming classics like Doom. Three months ago he gave the OS a welcome performance boost, and now it gets a smart new user interface and upgraded components.

Windows95 v2.2.0 is the first update since May and comes with a new front end that makes it easier to launch the emulator and get started with the OS.

Just click the Start Windows 95 button in the center of the screen to begin. You can lock and unlock your mouse by pressing Escape. 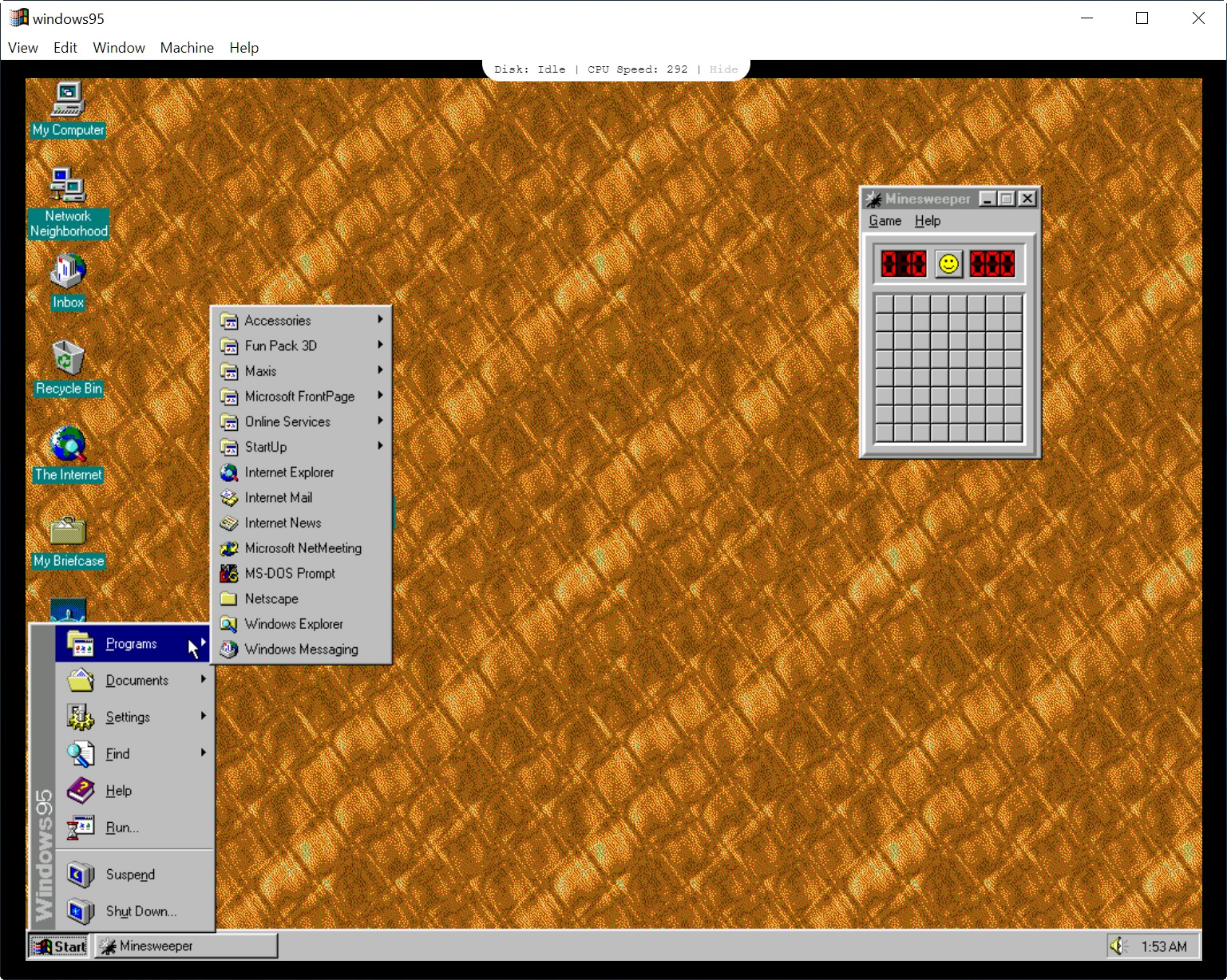 If you want to scratch that nostalgia itch and take Windows 95 for a spin on your modern computer, you can download the latest version from here.

4 Responses to New version of Windows 95 gains a snazzy user interface on Windows 10, macOS and Linux