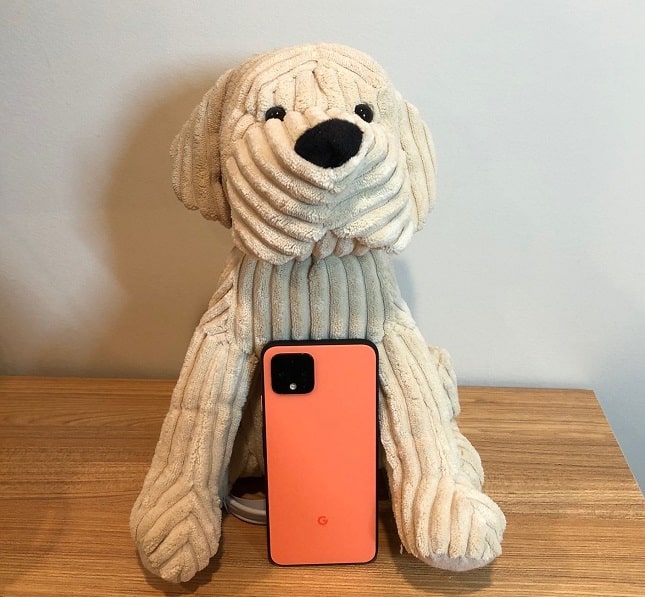 I'm an Apple iPhone user -- a rather satisfied one at that. More specifically, my regular day-to-day smartphone is the iPhone 8 Plus. Why haven't I upgraded to a newer model? Well, I didn't want to give up the Touch ID fingerprint reader, and I am not a fan of the notch. Not to mention, the iPhone 8 Plus is a great device that is still receiving updates. And so, I have been sitting on the sidelines, waiting for Apple to convince me to upgrade -- the company has yet to do so.

When I got the opportunity to test Google's Pixel 4 smartphone, I was excited, but also, rather concerned. While I was glad the Pixel 4 didn't have a notch, I was worried about it not having a fingerprint reader. The more glaring issue, however, was the operating system -- moving from the iPhone 8 Plus to the Pixel 4 would be quite the culture shock.

First things first, let's talk about the Pixel 4's appearance. It is absolutely beautiful. The iPhone 11 Pro, in comparison, is ass ugly. Apple's tri-camera design is shockingly unattractive, while Google's dual-camera square design is much more pleasing. The model I have been testing is the "Oh So Orange" color, and it is oh so prettier than any color Apple offers. It is not your typical orange, either -- it is almost like "coral." It is quite lovely.

While Pixel 4 doesn't have a notch, it does have some pretty big bezels. The top of the device has a huge "forehead," which is necessary for the radar functionality (more on that later). The "chin" is also a bit big, but not as big as the top bezel. Honestly, these bezels do not bother me in the slightest -- I much prefer having a normal rectangular screen. Ultimately, the phone looks beautiful and modern, and it holds its own among all Android flagships.

The smartphone supports Qi wireless charging, which is pretty much a must these days. However, it also features wired 18W fast charging with its USB-C port. And yes, such a charger comes in the box. You can also connect a USB-C flash drive for moving files, but sadly, there is no micro SD card slot. The sim card tray is literally just for the sim -- there is no way to reasonably expand storage. Thanks to the cloud, that doesn't bother me -- even with just 64GB of storage (you can also opt for a 128GB variant of the Pixel 4). 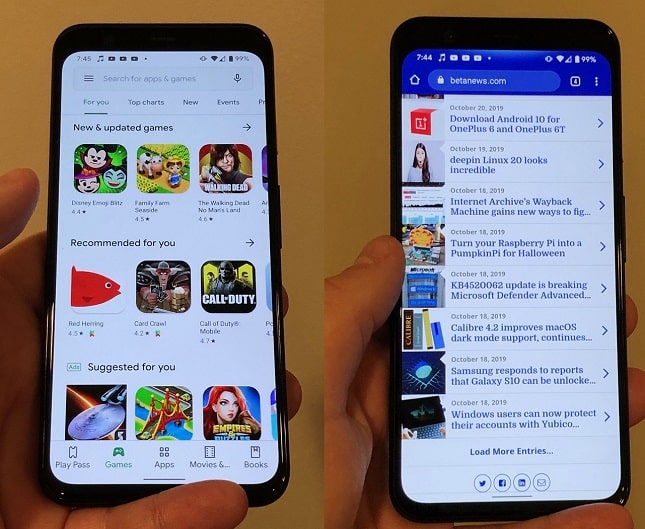 Once logged into my Google account, it was time to start actually using the the Pixel 4. The first thing I noticed was just how great the 90Hz screen is. The 5.7-inch OLED display is so smooth with the high refresh rate. I know what you are thinking -- won't that 90Hz refresh drain the battery? Yes, but Google has thought of that -- the refresh rate will lower when not needed. Whether watching videos or looking at photos, the Pixel 4 screen is an absolute delight.

Speaking of media consumption, Pixel 4 has solid audio too. The phone has stereo speakers -- on the bottom and on the top. If you hold the phone horizontally, you can experience true stereo sound. There is no 3.5mm audio jack, so if you need headphones, you can either use Bluetooth or USB-C variants.

As previously stated, Pixel 4 has radar technology. Called "Motion Sense," it essentially scans the environment around the phone, awaiting a hand to interact with it. For instance, when you reach to pick up the phone from a table, the radar wakes it up so you can immediately glance and unlock with your face. That aspect of the radar sensor is great.

Sadly, all is not well with the radar feature. Google really hyped up using hand gestures with the radar to do things like switching tracks (back and forward) when playing music. Unfortunately, this is very hit or miss. I excitedly tried to demonstrate it to friends and family, only to have it fail consistently.

Basically, I would excitedly say "check this out" to people, swipe my hand in the air over the phone, and have it work less than 50 percent of the time. People were not impressed. I am hopeful that Google can improve this with a future software update, because as of now, it is too inconsistent for me to bother with it.

One feature that is very cool, however, is the on-device voice transcribing app. Where this feature will really shine is in business and education. God, I wish I had this when I was in college! Imagine recording your professor's lecture and having all of the audio converted into searchable text. Best of all, you don't even need an internet connection for it to work -- the transcribing is done on the device. 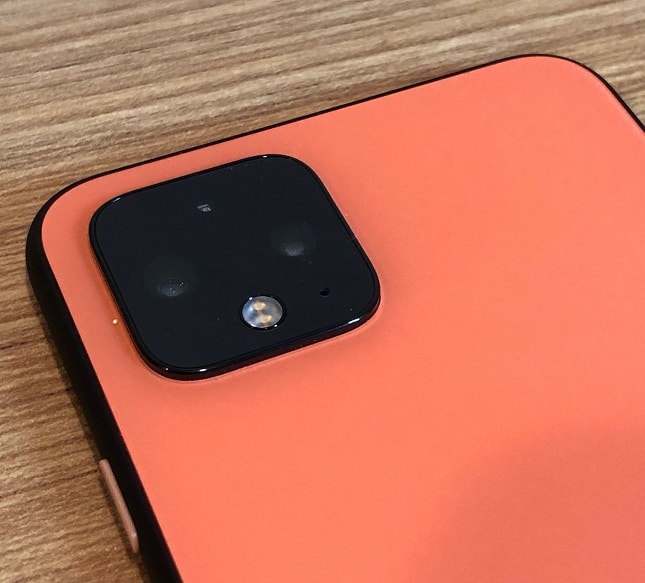 Since this is a Pixel phone, you are probably wondering about the camera. Well, I am happy to report it is amazing. It takes great photos in both regular and low light and there are tons of settings to tweak in order to get the perfect shot. The ability to see the impact of HDR on the screen prior to taking the photo is a game-changer.

They say the best camera is the one you have, and yeah, that is a bit of a cliché, but with the Pixel 4 in your pocket, you can be confident you will take beautiful photos. Leave the DSLR at home. The telephoto lens works well, and I never found myself wishing for a wide angle lens.

Unfortunately for some, Pixel 4 cannot record video in 4K60. Instead, UHD video is limited to 30 frames per second. For me, personally, I don't mind this -- 4K60 files are too large and intensive to work with. They simply eat up too much storage and tax your editing computer. Thankfully, Pixel 4 can record 1080p at 60 fps -- the sweet spot.

Thanks to the Night Sight feature, it can also take great shots in no light. The Pixel 4 is my first experience with the Night Sight feature, and while cool, it isn't very necessary. I rarely find myself taking pictures at night with a lack of light normally, so I pretty much just did it to test the feature. While it works, it is painfully slow, making you "hold still." It is fun, but a bit gimmicky.

What has surprisingly delighted me is the face unlock. I was fearful that it would be unreliable, causing me to use my pin when it failed. I am happy to report it works pretty much flawlessly. In normal conditions, including at night, it recognizes me without fail. The only time I stumped it was when I wore sunglasses rather than my regular glasses. For that, I had to lift the shades up or use a pin. I am so impressed with face unlock, that I no longer even want a fingerprint reader.

Battery life is passable, but not great. Believe it or not, my nearly 2-year-old iPhone 8 Plus with a degraded battery lasts longer than a fresh out of the box Pixel 4. Don't get me wrong, Pixel 4 can last me an entire work day, but the iPhone spoiled me, as it can last considerably longer. The Pixel 4 XL has a bigger battery (3700mAh vs 2800mAh), so it may fare better.

My big learning curve was the Android operating system, however. While I consider myself very proficient in Google's mobile OS, the gestures in Android 10 took some getting used to. At first, I turned it off, instead enabling virtual navigation buttons on the bottom of the screen. I later forced myself to use the gestures, and now I love them. Android 10 runs buttery fast as heck thanks to the Snapdragon 855 processor and 6GB RAM.

Sadly, I did encounter a couple bugs. On one occasion, when changing the wallpaper -- a very basic thing -- the phone froze and rebooted. This made me very nervous about the stability of Android 10, but it never happened again (knock on wood). The other time, when opening Apple Music, the screen started flashing like a strobe light. Closing the program stopped the flashing, and again, it never happened again. Ultimately, those hiccups aside, Android 10 has proven stable and reliable.

What else annoys me about the Pixel 4? A lack of 802.11ax (Wi-Fi 6) is a big one. True, not many people have a router with that new standard, but if you expect to own the Pixel 4 for a few years, you may find yourself wishing the phone had it. Hell, the newest iPhone smartphones have Wi-Fi 6.

I am also a bit dismayed that the Pixel 4 doesn't come with unlimited full-resolution cloud photo backup. Look, I know free cloud storage is not sustainable, but it is something Pixel fans have come to expect and rely on. It would be nice to have, even if it is just for the first year. 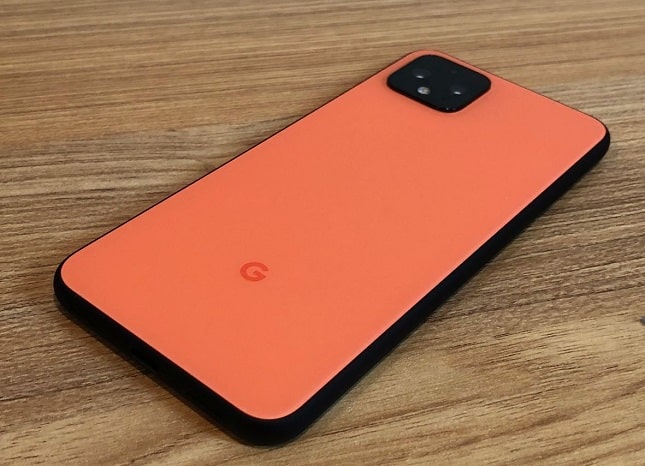 So, do I like the Pixel 4? Very much so. In fact, I can see myself possibly switching from iPhone for Google's newest smartphone. Google Assistant is so much better than Siri -- it's not even a competition. It is pretty neat that you can summon the assistant by squeezing the Pixel 4 too. I absolutely adore the smaller size compared to the XL variant -- I suggest holding both before deciding. The 5.7-inch screen is plenty big and doesn't feel bulky in my pocket. Truly, I wouldn't want a phone bigger than this.

The Oh So Orange color is a must if you can get it, but since it is limited, you might have to settle on black or white. Truth be told, however, with a case on the Pixel 4, I can't see the back color at all. In other words, if you can't get orange, it isn't the end of the world.

ALSO READ: Google Play Pass is the Netflix of Android apps and games

Your real decision will be whether to get the 64GB or 128GB model. The additional storage only costs $100 more, so if you think you will need it, you probably should spend the money. Me? I am a very heavy cloud storage user, so 64GB is fine for me. You might be OK with the lesser storage variant too, so you should calculate your needs if money is tight.

Ultimately, I highly recommend the Pixel 4 to those that want Android. You will get timely OS updates and security patches from Google, and the $799 starting price isn't unreasonable. It is well-made, beautiful, and has a class-leading camera. Unless you absolutely must have iOS, the Pixel 4 is the Android phone to get -- it friggin' rules!

22 Responses to Google Pixel 4 is oh so awesome [Review]