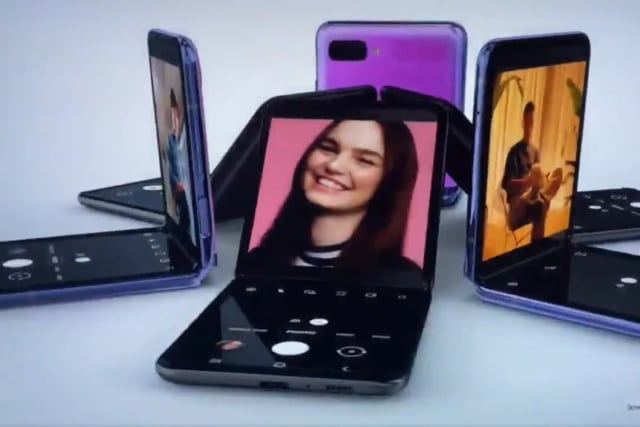 There is a resurgence of flip phones at the moment, but rather than old-school clamshells, we're talking about devices with foldable displays. Samsung has already launched the disastrous Galaxy Fold, but at last night's Oscars there was a surprise ad for the upcoming Galaxy Z Flip.

The handset is due to be officially announced at tomorrow's Galaxy Unpacked event, but now we've been given a sneaky glimpse of what's to come. The Samsung Galaxy Z Flip will compete with the likes of the  Motorola razr and Microsoft's Surface Duo.

The ad invites us to "change the shape of the future" and shows the Galaxy Z Flip in action. We learn that the phone will be available in at least black and purple options, and Samsung uses the commercial to show how the handset can be opened to 90 degrees to facilitate hands-free video calls on a table.

The Verge's Nilay Patel shared the ad on Twitter:

A disclaimer appears at the bottom of the ad warning that "you may notice a crease at the center of the main screen" but Samsung says that "this is a natural characteristic of the screen".

We'll know more about the device after tomorrow's event, where we should get more details about specs and the all-important price.