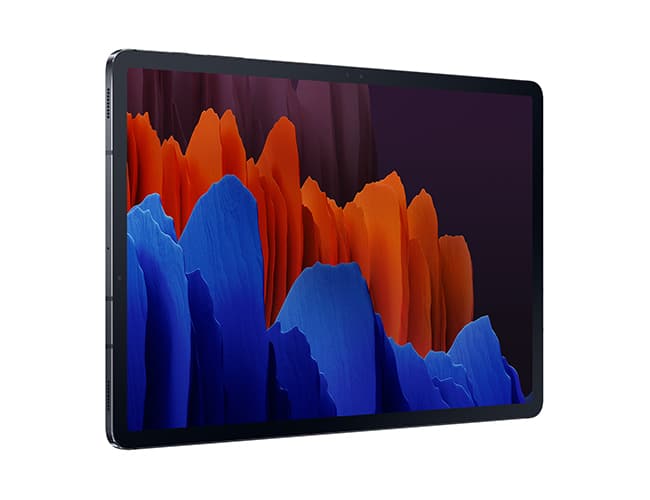 For a while, it felt like tablets were the future of computing. Hell, Microsoft almost destroyed Windows entirely by wrongly transforming it into a tablet-first operating system with Windows 8. As we learned over time, however, laptops and desktops were not going anywhere. Microsoft thankfully righted the ship (mostly) with Windows 10. While iPad remains a popular device, Android tablets have largely dried up. Long gone are the good ol' days when Nexus 7 reigned supreme. Now, quality Android tablets are few and far between.

They are both powered by a 64-bit octa-core processor and can be configured with 6GB RAM/128GB storage or 8GB RAM/256GB storage. They both have Wi-Fi 6, 5G, and LTE radios. Both tablets also come with S-Pen styluses in the box, have USB-C for charging, and quad speaker setups. Believe it or not, they each have dual cameras (13MP main and 5MP ultra-wide) on the rear with flash, and an 8MP front shooter.

ALSO READ: Microsoft is making it possible to run Android apps in Windows 10 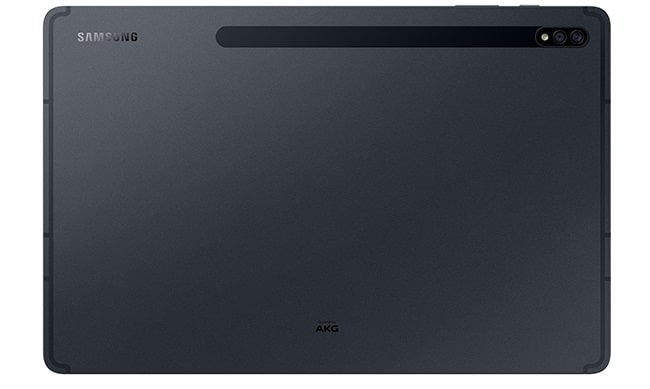 "Experience PC-level productivity on Galaxy Tab S7 and S7+ thanks to a powerful processor, an improved keyboard experience (keyboard sold separately as Book Cover Keyboard), and an improved S Pen with similar capabilities as the Galaxy Note20 series -- all empowering you to get more done in less time. For elevated entertainment, Galaxy Tab S7 and S7+ feature an immersive display with a 120 Hz refresh rate, so you can take full advantage of the cloud-based gaming and high-definition streaming that 5G enables -- or do both at the same time with upgraded multi-tasking capabilities," says Samsung. 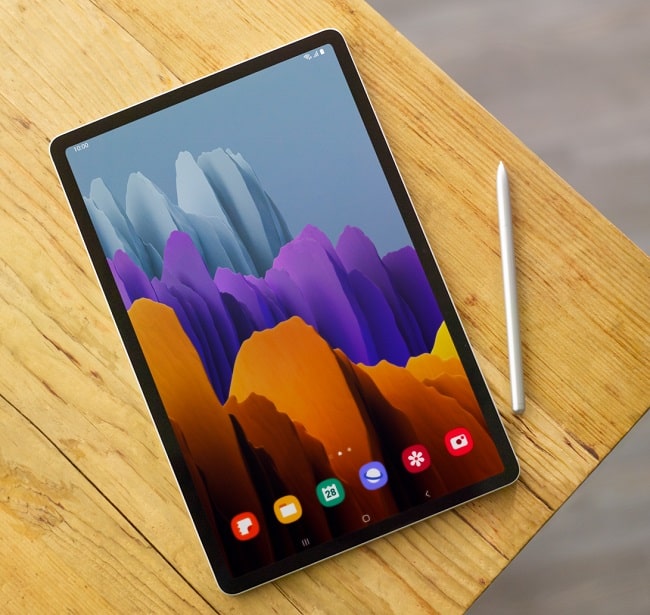 The Galaxy-maker also says, "These tablets also make it easier than ever to work across multiple devices. When there's no Wi-Fi network in sight, you can use Auto Hotspot to automatically tether other Galaxy devices to your 5G-enabled tablet. And with Nearby Share, you can effortlessly transmit files to nearby contacts. Use your Galaxy Tab S7 and S7+ to extend your Samsung PC with Second screen, so you can choose between duplicating and extending your display. Maximize your productivity even further with tools such as Samsung Notes, S Pen, Book Cover Keyboard and Bluetooth mouse for the complete computing experience" 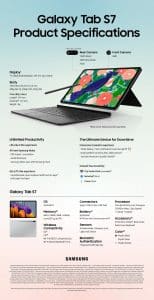 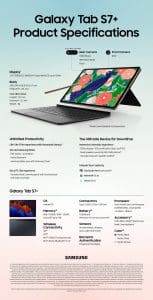 Both the Samsung Galaxy Tab S7 and S7+ are available in three colors -- Mystic Black, Mystic Bronze, and Mystic Silver. The non-Plus variant of the tablet starts at $649, while the Plus model begins at $849. Keep in mind, that does not include the keyboard, and if you want cellular access, you will need to sign up for a plan. Many consumers should be fine only using Wi-Fi (and tethering off their phone when needed).