A week with Google's Chrome OS laptop, Day 4: Who is the cloud for? 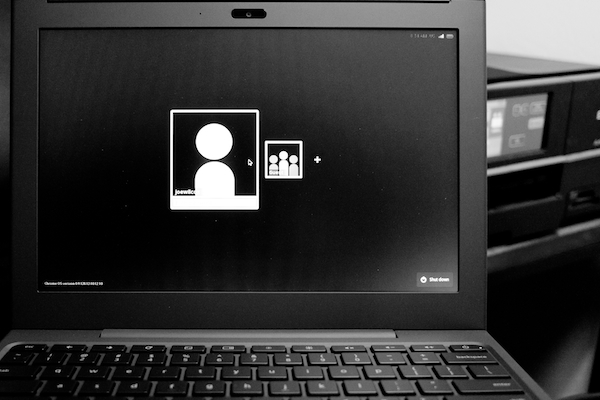 Few months ago, while walking around Apple Store, minutes after leaving Microsoft Store, I suddenly thought: "My next laptop will run Chrome OS." Well, almost. I ended up with 11.6-inch MacBook Air first. But four days into using the unbranded Google Cr-48 laptop running Chrome OS, I can see living in the cloud as a reasonable future -- not just for me but many other computer users. Problem: It's a residence not quite finished. There's a roof overhead and enclosed walls, but rooms are drafty, electricity works only in some places and the appliances are portable temporaries.

Running Chrome OS on Cr-48 reminds me of testing Windows NT 4 and Mac OS X 10.0 as beta and final release. Windows NT 4 debuted ahead of its time. The hardened security model meant problems connecting peripherals and running many applications. NT 4 was a lonely domicile -- analogous to the first house finished in a new community. Mac OS X 10.0 was similar. Apple made the outrageous decision to ship the operating system before there were adequate drivers for optical drives on existing Macs. Mac OS X also was a new platform for which there were few applications and for which Apple's low PC market share gave developers little incentive to write native ones.

Windows NT 4 and Mac OS X 10.0 represented platform shifts. From NT 4 evolved Windows 2000 and XP, which were more mass-market friendly. Mac OS X 10.0 begat six more direct versions and iOS running on iPad, iPhone and iPod touch. Chrome OS has same potential, even though from reading Betanews comments and other web commentary many people don't yet see it. Google is plotting a fundamental platform shift to the cloud. Everything about using Chrome OS feels the same as early NT 4 and OS X testing. I expect similar adoption pattern -- slow at first, then accelerating.

Before continuing, links to the first three parts of this series:

Many people already are asking about Chrome OS: "Who is it for?" Three days ago, ZDNet blogger Mary Jo Foley confessed after using the Cr-48: "I'm stymied as to who the real Chromebook user is supposed to be. So far, I don't see myself in that category."

A day later, Gmail creator Paul Buchheit, who no longer works for Google, predicted: "Chrome OS will be killed next year (or 'merged' with Android)." More: "Chrome OS has no purpose that isn't better served by Android." Even more: "I'm surprised that an OS with approximately zero users would have so many fans." Surely some critic or competitor said something similar about the early Gmail beta. :)

Same day, Guardian tech reporter Charles Arthur quoted GNU founder Richard Stallman as (once again) condemning cloud computing but renewed in context of Chrome OS. Stallman asserts that people will lose control of their data should they store it in the cloud. His statements have a conspiracy quality about them, and they're eerily familiar. Surely someone made similar assertions about the PC in the early 1980s -- that by letting employees use personal computers instead of terminals connected to mainframes that businesses would lose control of their data. So much for ragged-hair doomsayers holding "End of the World" signs, 30 years ago and in 2011.

Buchheit's and Stallman's statements spread like fire across the Wild Wild Web on December 14th and 15th. Many Chrome OS critics see Google returning to the failed network computer effort of the late 1990s. They observe that Google CEO Eric Schmidt worked for Sun, which during his tenure was a big network computing advocate. Like Foley, they can't fathom who the "Chromebook user is supposed to be."

You Belong in the Cloud

On December 12th, before receiving the Cr-48, I asked: "Who really needs a Chrome OS laptop?" After four days using the laptop, I can answer the question. You do. TechCrunch's MG Siegler expresses it better than I would:

In many ways, Chrome OS is the anti-OS. And that's refreshing. It's not where it needs to be yet, but when and if it gets there, it could be really, really great. Imagine a computer that boots in two seconds. Imagine one that lasts for an entire day on a single charge. Imagine one that costs less than $100. It could change the world.

Just think about what you use your computer for these days. There's a very good chance that it's mainly to use the web. I'm at a cafe right now. Looking around, every single screen has a web browser open. That's important. That's why Chrome OS was created.

Browser based OS in the mainstream [is] long past overdue and really a reality today with Windows -- just track my wife's usage. I could...plop a well configured Chrome OS notebook or tablet down in front of her and she wouldn't lose a beat and nor would probably about 75 percent of her world (friends, family, etc.), and we geeks would love not to have to deal with more support than a browser based OS.

I concur, particularly having used Chrome OS and being cut all to hell on its bleeding edge. Two years of brisk (but now somewhat waning) netbook sales show there is demand for cheap, small, lightweight laptops with long battery life and constant Net connections. That said a netbook is different, because there is big, local storage. As I learned using the Cr-48, there's thinking you live in the cloud and really living there. It's one thing to mostly use the browser on a laptop with local storage and something else to always be in the browser with required Net connection and data stored elsewhere. It's a lifestyle change.

Chrome OS is no more ready for commercial release today as was Windows NT 4 or Mac OS X 10.0 when beta testing. Like these operating systems, the market likely won't be ready for Chrome OS in summer 2011, assuming Google keeps to the release schedule. Instapaper creator Marco Arment is convinced inertia and switching costs will hold back business adopters:

Most businesses that could use such a setup are large, and deploying a major technological change to their staff is a huge and very expensive undertaking. Even if Google somehow gave them thousands of Chrome OS netbooks for free, any company attempting this will need to spend a ton of money in IT labor, employee training, and increased help-desk needs as the organization deployed the new setup.

I agree to a point. Many enterprises are already deploying cloud solutions now. Whether they outsource to companies like Microsoft or Salesforce.com or self-host, the clouds servers are there, or will be. Chrome OS is simply the client, and arguably a secure one. Many businesses will already have made the painful backend transition before Chrome OS ships.

Richard Stallman is full of crap talking about losing control of data in the cloud. Many enterprises will regain control of data there. Right now they've got all kinds of valuable data leaking out on laptops and smartphones. These devices present huge privacy and security risks if lost or stolen. Businesses need to get this data back where it belongs -- behind the firewall. The commonsense behind Chrome OS is providing a reliable and cheap frontend for accessing data safely-stored behind the firewall.

Chrome's critics miss the point: Technology innovation isn't about giving people what they want but what they don't know they need. Google is looking ahead with Chrome OS, and, yes, some businesses or consumers won't get it right away and may balk at how they must change behavior. Windows NT 4 and Mac OS X 10.0 had their critics, too, although the demands asked were less. Over the years, I talked to many IT managers and CIOs who refused to deploy Mac OS X. The demands Arment identifies -- costs associated with switching, employee training and helpdesk support -- often topped their reasons. Now many of those same people are deploying iPads and iPhones -- running iOS, which derives from OS X.

"Chrome OS remains a good idea," Siegler asserts. "And it seems like one that ties directly to Google's entire essence. If they put the resources necessary into it, and give it time, I do think it has a good chance to succeed." I agree. The only question is Google's commitment. Dispatching 60,000 test laptops sure looks like Google is committed. Time will tell who is right.

For Day 5, I will return to hands-on experience, sharing about living in the cloud and the changes Chrome OS requires to live there.

36 Responses to A week with Google's Chrome OS laptop, Day 4: Who is the cloud for?