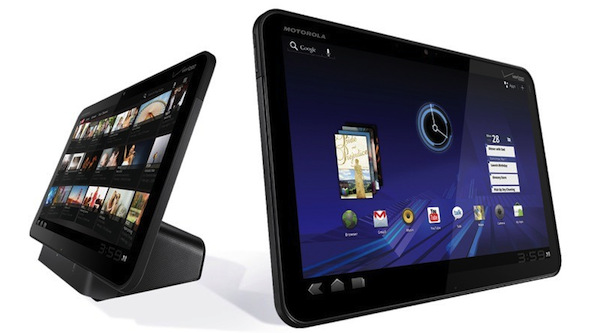 Late yesterday I asked: "Would you pay $600 for the Motorola XOOM tablet?" Whoa, did you respond. Reaction is mixed, but those of you who own Android phones, particularly Motorola models, are more likely to answer "Yes." However, plenty of readers still wouldn't pay $600 -- for any tablet, and that includes Apple's iPad.

Quick recap: It turns out that earlier leaks about XOOM costing 800 bucks were true. That's for a model with 3G/4G radios and WiFi. Yesterday, Motorola revealed that a WiFi-only model would be available for only $600. Betanews readers reacted quiet negatively to $800 XOOM. So what about 600 bucks?

"I would most definitely purchase a WiFi-only Xoom for $600," Jonathan Farmer writes by email. "If that is indeed the price point, I'll be buying it sooner rather than later." Farmer is the kind of buyer who shows that tablets will cannibalize some PC sales. "I was going to buy a new laptop, but I really want to get into the tablet game. Right now I'm torrenting some stuff, twittering, emailing, and who knows what else on my EVO [smartphone]. I love Android, and I'm super excited to try out 3.0 without any stupid software added on top of the OS."

"Maybe," John Higham answers by email. "It has to seamlessly, and wirelessly, tether to the Android phone sitting in my pocket." I asked Higham which smartphone? "Mot Droid running Froyo. I have my $600 ready. :-)"

"A tablet/pad purchase is imminently in my future," Ashley Glenn writes by email. "It will most likely not be the XOOM. Don't get me wrong, it's an attractive piece of hardware. At $600, I expect more for my money than I'll probably get. The frustration of a locked-down device likely denied upgrades its first cousins will receive combined with the fact that all of my iPad-committed colleagues will have access to beneficial apps I'll likely never see leave me having to say 'No' to a really nice looking device."

Many Betanews readers who responded by email use Android handsets, which also means Google sync services. I asked Glenn how important are Google sync services -- contacts, calendar, bookmarks, etc. -- to him. "Google's sync services are heavily important but can be worked around. I have a ridiculously full plate -- husband, father, teacher, part-time IT, sound tech, chief union negotiator -- and connected services save my hindquarters on a regular basis. I'll be waiting out a WiFi iPad 2 (can't afford another data plan with child #2 on the way), so my phone will still be my communication and planning hub."

"I wouldn't even pay $600 for it," Brian Hilgefort writes via email. I would be willing to give up quite a bit. It's not that I don't want to pay a little more for something nice, it's the principle. Since people have gotten addicted to Android, it seems that they've left their values behind. I do not want something just because it's Android, I want something because it's personally valuable. My phone, for example, is stainless steel and glass. The Droid 2 came out and it was plastic. People still paid the money for a cheap toy. At least Apple doesn't give you a plastic copy. Not that I want to rant on about values, it's just a very important issue for me that others have forgotten. Oh yeah, even the Droid X is aircraft aluminum, and was only $200. Would you sell your soul for the next big thing?"

"Yes, I'd pay $600 for one," Betanews commenter ScottMD writes. "I'd pay $800 for one as well. Why? The specs are so far superior to the iPad. And again, it is all Apple's choices, ignoring the customer, and then the hamstrung app store. Closed OS." He observed how rapidly Android gained in the smartphone market, predicting tablets would follow similar pattern. "The iPad isn't a bad gadget, just underpowered and overhyped."

Even $400 is too much for Atom Smith to pay. "A decent netbook has utility far beyond any tablet -- WiFi, USB, keyboard. Add an air card and you have cellular data access and your still below $600. The only advantage that a tablet has is the physical functionality of its size and single piece design. It is no longer single piece when you install a cover. How about a netbook with a keyboard that folds back against the back side of the screen, with a touch screen for tablet functionality and a built in protector for the keyboard."

I asked Smith if he would buy an ebook reader, like Amazon's Kindle, which is more single-purpose, smaller and cheaper. "I have a Kindle 3G. I bought it for two reasons: 1) To see if I could reduce my paper consumption by downloading to the Kindle. 2) Reduce my physical book load and cost. The paper consumption hasn't worked because PDFs do not work well on a 3G."

Bobbrinksster comments: "For $600, the XOOM is a much better deal. I agree that the Apple IPad has way too many limitations and flaws at this point. Don't get me wrong, it's a really nice tablet but not for me. My initial turn off, besides the price, was the link to Verizon."

"I can wait, $600 is not compelling," Ivan Kirkpatrick writes by email. I still prefer a Chrome OS notebook, like Gogle is beta testing. My wife, who is a nurse, could probably get a lot of use out of a WiFi-only XOOM, assuming it has some apps she can use, since her facility is not WiFi enabled yet. At least it would connect fine at home."

Ken Dellinger writes about the $600 price: "I would buy it with a grumble. I just hope the WiFi version hits the shelves around the same time as the 3G." Like many other Betanews readers responding by email, Dellinger is a Droid user. I asked if there was one feature that drew him to XOOM. "Oh, hands down it's Honeycomb."

Betanews commenter Cloudy Weather's problem isn't price but Android fragmentation. "Android 3 is right around the corner, and nearly 42 percent of Android smartphones are still on 2.2 or earlier. The Android tablet market is likely to follow the same slow upgrade path and leave all users to only dream of having the latest version of the OS. I'm all for dreaming, I like dreaming, but not when it comes to timely upgrades of a smartphone or a tablet OS. Until Google and the carriers get their stuff together and tighten up the upgrade cycle, and stop stuffing devices full of crapware...there is zero chance I'll be using an Android device."

Betanews commenter TheMokoda isn't intimidated by $600 or even $800: "Is that too expensive? Yes, it is. Will the price be lower in a few months or a year? Possibly. Will there be something as good or better, possibly for less, 'right around the corner'? Possibly. Shouldn't I just wait for the iPad2? Maybe, but I don't want to...The few other tablets (Galaxy, et. al.) just don't have the specs/features I want. XOOM not only has the specs/features, but it's close enough to being here, NOW."