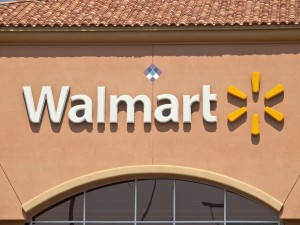 Aiming to attract the increasing number of data-intensive wireless users, T-Mobile says it will begin offering a new prepaid plan exclusively through Walmart. The plan will feature unlimited data and texting with 100 minutes of voice calling for $30 per month, and is available starting October 16.

As part of the new offering, T-Mobile will also expand its prepaid device lineup to six, including a 4G-capable device. The carrier declined to specify the device to Betanews, only saying that it would be announced "in the near future."

Despite T-Mobile's planned merger with AT&T, a carrier with a vastly different business model, it continues to claim the value set. These budget-conscious consumers have kept T-Mobile's customer base somewhat stable, even as others flee for better coverage and a wider selection of devices than the company offers.

Walmart is a perfect fit for this type of plan, and a recent study of the retailer's customers cited by T-Mobile says 60 percent of respondents cited a high-speed data network as a major factor in choosing a plan.

The "Monthly 4G" plan will offer unlimited data at 4G speeds for the first 5GB of bandwidth. After that, the data will be throttled for the remainder of that 30-day billing period.

“T-Mobile is thrilled to offer this exclusive, affordable service plan, designed specifically with heavy text and data users in mind, to meet the demand for prepaid, which is expected to double by 2015,” retail vice president Amy McClure said in a statement.

T-Mobile is likely targeting this offering at the younger demographic, which increasingly use their smart devices for Internet access and text messaging. A recent study of mobile phone use by teenagers by Pew showed that while the percentage of teens using their phones for voice calls daily has generally stayed stagnant over the past few years, usage of data services -- whether it be texting, e-mail, and other Internet functions -- has increased dramatically.

In other words: among today's youth, the number of minutes on your plan are probably just not that important anymore.

A good question would be whether this plan survives the merger: while AT&T and T-Mobile had made it clear repeatedly that they would not raise prices on consumers as a result of the pairing, T-Mobile's plan is far cheaper -- and different -- than anything AT&T currently offers.