11 things Microsoft should be thankful for in 2011 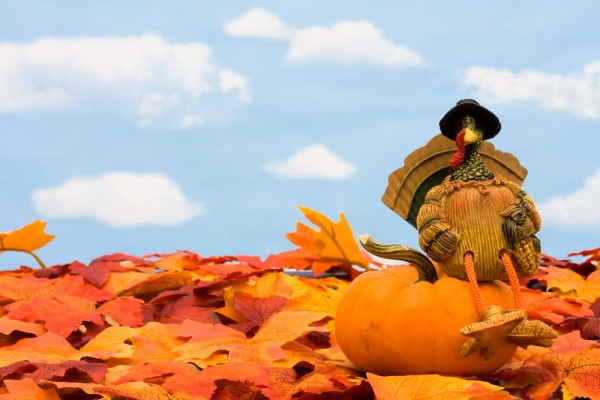 This year I revive my annual "give thanks" series -- what Microsoft has to be grateful for this Thanksgiving Day. In 2006, "employee bloggers" topped the list and "Google's woes", following a year-long collapse of the search giant's shares, in 2008. What about 2011?

I present the list in reverse order of importance. No. 1 is the last item and the reason for which Microsoft should give most thanks this year (so far).

I'm not so surprised to see Microsoft on the list so much as not seeing it sooner -- at least since 2008 (that's how far back I looked). The company really cleaned up its corporate behavior during the new millennium and even has taken a leadership role among tech companies. Trust me, this kind of distinction means something when Microsoft engages enterprise customers.

10. Steve Ballmer vote of confidence. Every month or so someone calls for the resignation or ouster of Microsoft's CEO. During this year's annual shareholder meeting, 92 percent of Microsoft shareholders voted to keep Ballmer. The number is down a few percent from last year, but, hey, 90-percent-plus of anything is outstanding. Then, again, it would be a little disheartening if Ballmer's shareholder confidence turns out to be less than Windows market share.

9 Skype. In May, Microsoft announced plans to buy Skype; the $8.5 billion acquisition closed in October. Skype will probably make next year's list but higher, when Microsoft has integrated the video technologies across products.

Skype corrects an important Microsoft failure. In early 2005, Ballmer passed on buying YouTube for $500 million. Google snatched up the video service for $1.6 billion in October of that year. Microsoft chose to build rather than to buy a video service, which later proved to be a huge blunder.

Now video is front and center again, but instead of impersonal content posted for the world to see, Microsoft is betting on intimacy -- whether personal or professional communications. Advertising will be one of Microsoft's core objectives for monetizing Skype, and you can be sure search, too.

8. Best workplace. In late October, the Great Places to Work Institute chose Microsoft as the, well, best place to work globally. It's a huge distinction, which importance cannot be understated. People are the muster behind great tech companies, and hiring the best and brightest is highly competitive. You could seek a job at Google, but, hey, Microsoft is the best place to work.

7. Marketing. Microsoft advertising, once lackluster, is simply exceptional. Starting with "I'm a PC" three years ago, Microsoft has had a string of marketing success. Among those standout in 2011: "It's a great time to be a family" Kinect, Windows Phone and Windows 7. Then there's smart product placement, where the tech is actually used as part of the story, on TV shows like "Hawaii 5-0".

6. Nokia deal. In February, Microsoft and Nokia announced a distribution deal making Windows Phone primary operating system for the Finnish manufacturer's handsets. The deal is nothing but trouble for Nokia during a difficult transition period, but it's mostly upside for Microsoft.

The software giant essentially becomes a handset manufacturer without the risk or expense, despite the hefty sum paid to Nokia as part of the arrangement. Microsoft's biggest problem developing a mobile operating system is licensing it and in doing so losing control over hardware integration. The Nokia deal gives Microsoft the closest thing to Apple's vertical integrated hardware, software and services approach without making a phone. By letting Nokia take some responsibility for Windows Phone development, Microsoft can assure that at least one handset manufacturer's devices will tightly integrate with its software and services.

Then there is Bing. The future of search is mobile. Nokia may be declining, but it's still the world's largest handset manufacturer -- and it will bring Bing everywhere.

The first Nokia Windows Phones, the Lumia 710 and 800, hit the streets in November. Nokia would have ranked higher on the list, if the new handsets had shipped in the United States.

5. Samsung. The South Korean conglomerate became Microsoft's most-important OEM partner in 2011. I can't believe that statement isn't about Dell or HP -- although it could be for Lenovo. Samsung doesn't have anywhere the reach as the others in PCs but it's products are consistently the most bleeding edge:

That said, Samsung's importance is less certain in 2012, particularly in light of the Nokia deal.

4. Android patent licensing. Perhaps Microsoft's strangest business activity of the year is about Google's mobile OS. The company has successfully convinced more than half of Android licensees to pay Microsoft patent fees. The tactic is sheer brilliance. Microsoft essentially attaches a licensing fee to an operating system otherwise with none and collects, too. Meanwhile, related cross-licensing deals protect Microsoft from patent lawsuits in arguably the most important tech category of the decade -- mobile devices.

There's loads of cash to be made here. IDC predicts that 1 billion smartphones will ship in 2015, with Android and Windows Phone comprising about 64 percent of the operating systems. That makes for easy math -- Microsoft collects some kind of licensing fee on as many as 641 million smartphones.

Let's assume, for the sake of simple calculations, that Microsoft collects $10 per license. That works out to a cool $6.4 billion in licensing fees a year by 2015, for Android and Windows Phone. I believe the $10 estimate is a low, but workable figure since it's unclear how many of the nearly 40 Android licensees will pony up and the figure doesn't include tablets, which Microsoft can collect on, too. It's a helluva business opportunity.

3. Kinect. A year ago, when Microsoft shipped the first Kinect game controller, it looked like nothing more than that. Today, Kinect is an emerging development platform and one that looks to transform how people interact with all kinds of products. Kinect is a transformative user interface that businesses already use for medical research and diagnosis and for education, among others. What's exciting about Kinect is the sheer potential. I've repeatedly asserted that the most natural user interface is you.

Microsoft released the Kinect for Windows SDK beta in June and plans commercial release earlier next year. Technology like Kinect is the stuff of science fiction. If Microsoft and its partners do what's right with connect, you'll start reading and viewing more of the "i" associated with Microsoft. Not "i" as in iPhone but innovation.

Metro is a stunning revision of the user interface that looks lots like Windows Phone's tile motif, which inherits qualities from Zune. Touch is common denominator going from Zune HD to Window Phone 7.5 handsets to Windows 8 PCs. Tiles are the means of unifying the user experience across devices.

Metro is task-oriented, mixes cloud and desktop content and works well on tablets. Metro reminds of Microsoft attempts to bring live content to the desktop during the Window 98 era. The strategy flopped for many reasons, limited bandwidth being one of them. That vision is fulfilled in Windows 8's Metro. The Internet is as much a part of the UI as local file storage.

Changes to Windows plumbing, such as WinRT, will matter as much, if not more, to developers. The new API lets developers write native code -- and that's a big push for Windows 8.

The new OS likely will ship in 2012, which makes it strange placer so high on this year's thankful list. But developers and tech analysts and writers already have received Windows 8 well. Windows' future is so bright, you'll have to wear shades.

1. US antitrust oversight ends. In May, after nearly 10 years, government watchdogs got off Microsoft's back. In September I explained in detail how antitrust oversight hobbled Microsoft innovation and kept the company from using tactics like cross-product/feature integration competitors could use. (Have you looked at Google integration lately, for say G+, which is being bolted onto pretty much every other product or service the company offers?)

The software giant settled its US antitrust case in November 2001, but the judge didn't approve it for another year. The consent decree had a term of five years, but oversight continued much longer for many reasons -- Microsoft's reluctance to share server protocol information among them.

Two years ago next month, I called 2000-2009 "Microsoft's decade of shattered dreams". Antitrust oversight, and its impact on what Microsoft leadership decided they could do, negatively hobbled effective decision making. There were many false starts and second guessing that put the company at huge competitive disadvantage.

Microsoft is free to compete again and to integrate as freely as Apple and Google do today. Already, based on the Windows 8 Developer Preview, integration is a top-design priority, which can be seen from inclusion of antivirus and tight integration with Live services. Microsoft will bring Kinect to Windows next year. I'm not sure the company would have done so at all, or with surety, if antitrust watchdogs were in the room.