Windows Store isn't what you think 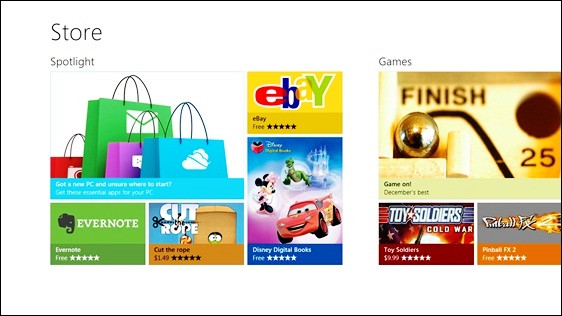 Microsoft has called on developers to rev their enthusiasm and begin coding apps for the new Windows Store, which is expected in late February. The digital distribution center, which will be part of Windows 8, is similar in concept to the Mac App Store part of Apple's OS X Lion. But Windows Store is less about customers and developers and more about Microsoft.

Windows 8 presents Microsoft with a big problem, and one Vista foreshadows. Actually, if working for the software giant and understanding the problem's depth, I'd be freaked out about the risky Windows 8 strategy. Windows and Windows Live President Steven Sinofsky and his development team are trying to leap the operating system forward. But it's a leap of faith, because they don't have the third-party applications necessary to assure success. Windows Store is their only hope.

If Sinofsky and Company succeed, Microsoft's flagship operating system will reinvent for the cloud-connected mobile device era. Windows 8 supports ARM processors -- the chips most-commonly used in smartphones and tablets today -- and introduces the tile-like, touchscreen-oriented Metro-UI. Metro and ARM are kittens in a cuddle. They're bound together. Microsoft will ask much of business customers and developers during the transition. They must adapt to a new UI, on a new architecture that may not fully support the applications and processes already in place. While Microsoft assures backward compatibility, including access to the older Windows motif, on x86 processors, ARM is the Metro leap of faith.

Strangely, Microsoft has been here before -- with Windows Vista. The much-maligned OS failed for many reasons. The most important isn't obvious, at least to the bloggers and journalists who beat Vista senseless in late 2006 and first half of the next year. Simply put: Microsoft kept XP in market for longer than other Windows versions. As such, a very stable ecosystem -- business adopters, hardware manufacturers, software developers and third-party service and solutions providers -- formed around the operating system. Vista launched with little support from the ecosystem. Microsoft made modest changes -- well, compared to Windows 8 -- such as security architecture that required customers, developers and hardware makers (for their software drivers) to adapt. They didn't.

Related is No. 6 from the same list: "The ecosystem wasn't ready". I explained four years ago:

Vista also launched without adequate application support. True, Microsoft made architectural changes and tweaked the operating system right up to RTM (release to manufacturing) and after with Windows Update. Ongoing changes create problems for software developers and hardware manufacturers. A year after Vista's release, application compatibility problems persist and there are very few -- count them on one hand -- truly native Vista applications.

Microsoft's platform succeeds for one and only one reason: Windows allows lots of other folks to make loads of money. The big money is in Windows XP, which is widely used, already supported and runs on existing hardware. Microsoft's Windows ecosystem isn't moving forward to Vista. It's hanging back where the money is, and that's still Windows XP.

Microsoft has sold 500 million Windows 7 licenses, which represents about 50 percent of the entire PC install base. Most businesses will have only recently moved to that version when successor 8 ships, presumably autumn 2012 latest. The ecosystem will be fairly established around Windows 7 by this time next year, with the majority of adopters transitioned. The ecosystem won't be as long on 7 as XP, but there's no question where the money will be.

Now put the XP-to-Vista-to-7 scenario in context of Windows 8. Microsoft is making more dramatic changes to the operating system and placing greater demands on businesses, developers and other partners than with Windows Vista. No platform succeeds without applications, and Microsoft will need them if Windows 8 is to succeed at a time of great turmoil, when Android and iOS threaten to disrupt the operating system market. Already, some analyst firms -- Canalys, for example -- count tablets as PCs. Windows 8, and unified Metro UI across devices (PCs, Xbox and Windows Phone), are vital to Microsoft preserving its monopoly and the ecosystem supporting it. But Microsoft risks competitive challenges on two fronts: Android and iOS upstarts and established Windows 7 ecosystem.

Surely that ecosystem will come kicking and screaming like a spoiled brat refusing to bathe. Microsoft knows it desperately needs the ecosystem's support, which partly explains distribution of 5,000 tablets running Windows 8 Developer Preview during September's BUILD conference and the public download of the OS so many months ahead of the official beta (which isn't expected until early next year). Microsoft has to get the brat in the tub. Windows Store means to show developers toys in the water, if they'll only wash up and play.

Microsoft knows that, if nothing else, it needs quality Metro applications. No platform succeeds without apps. At this early stage Windows Store is more about getting v8 off to a good start than anything else.

1. There are good development tools and APIs for easily making good applications.
2. There is at least one killer application people really want.
3. There is breadth of useful applications.
4. Third parties make lots of money.
5. There is a robust ecosystem.

Show Them the Money

The fourth of these characteristics is the most important, and it's what will hold back Windows 8, if nothing else.

Microsoft has good development tools in place and push to native-code writing with WinRT. However, there is no killer app, but Windows Store could be for developers, by providing: front-row access to customers, sure way of getting paid, and means of selling software rather than having it pirated. But 3 to 5 are Windows 8 killers. The new OS likely won't launch with breadth of applications -- for ARM and Metro, although legacy will be okay on x86 systems. Most third parties will make more money from established Windows 7. Hence, like XP when Vista launched, there will be competing, established ecosystem holding back adoption. Microsoft's worst competitor is itself.

Windows Store is an essential component for v8's success, and failure may be inevitable. Microsoft may have to accept the price necessary for moving the ecosystem -- and that includes customers -- forward is a transitional operating system. That Windows 8 will be another Vista, simply because the market isn't ready. To be clear: Anyone thinking Windows 8 is a sure thing because of existing applications is wrong -- at least for ARM and Metro, which Microsoft clearly sees as the operating system's future. The established benefits from the ecosystem don't carry forward. In this scenario, the established ecosystem is a hindrance.

What Microsoft desperately needs are success stories -- developers who support Windows Store early and make lots of money in the process. Their success can help pull the whole ecosystem forward. But that will only make Windows 8 less a leap of faith.

15 Responses to Windows Store isn't what you think