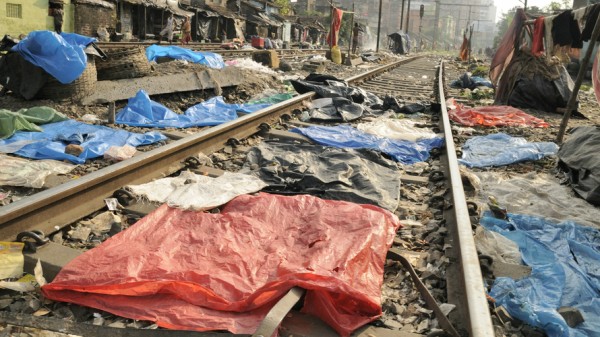 Switching from Android to Windows Phone 8 seems just about the worst decision that I have ever made in my entire tech life. It's sort of like trading a boring but solid marriage for a great one-night stand that has turned into a bad relationship not much further down the road. Granted, it all boils down to personal preference but right now I'd much rather have a spouse that I can rely on (Android) rather than someone that I can't stand anymore (Windows Phone 8).

Windows Phone 8 is all about trying to silence every voice in my head that says "You miss Android" and replace it with the "I can make it work if I try hard enough" broken record instead. Hope and blind faith is what keeps me going as I place my trust in Microsoft and developers to improve upon the operating system and its ecosystem in an update or app that never seems to come. Sadly, this mindset has failure written all over it. And I've reached the boiling point as every day there has to be something off with the Windows Phone 8 endeavor that makes me think "Why did I buy the HTC Windows Phone 8X in the first place?"

The Taiwanese manufacturer has put little to no effort in creating an attractive exclusive app selection, similar to Nokia's Collection. HTC's suite, apart from the HTC, Flashlight and Photo Enhancer apps, is frankly pathetic by any standards and it looks thought-out in a bathroom break. I bet most of the resources go towards making Sense great on Android rather than sprucing up HTC Apps on Windows Phone 8. Clearly, I chose wrong as I should have sampled the Nokia Lumia 920 first.

One of the most frustrating aspects that I deal with on a daily basis is the frankly idiotic way in which Microsoft's smartphone operating system deals with Exchange ActiveSync email accounts. This applies to both Gmail and Outlook -- I get a new email, I open it but instead of having it marked as read on my smartphone as well as on the server, Windows Phone 8 only does it on my end. When I look online the email is still unread.

Isn't Exchange ActiveSync supposed to be all about sync? It's in the name after all. The implementation might save a little battery but at the cost of annoying me and a bunch of other users as well. Android does not share the same shortcoming. The solution is to manually sync after performing any change to emails, which is not convenient at all.

Out-of-the-box Windows Phone 8 comes with a fairly basic Maps app that I don't find much of an issue when I don't need it (which is most of the time) but when I want voice-guided navigation or great map quality it just can't deliver. I had to install Nokia's HERE Maps just to have something a tad more usable, although in my area Google Maps still tops the charts in terms of quality. Suffice to say, where I live, Google Maps combined with Navigation on Android bests the little I get on Windows Phone 8 from either Microsoft or the Finnish manufacturer (only HERE Maps works in my location).

I'm not going to play the customization card, as that is not what this article is about. Android does, however, have some pretty thought-out features that may sound silly for some but nice to have for me, like changing snooze and dismiss alarm intervals, a stopwatch or the ability to display multiple time zones. These are things I've come to expect from any mobile operating system, let alone one released in late-2012. Sure there are third-party apps but why would I have to look for something this basic myself? I might just as well look for an app to make calls with while I'm at it.

I'd also like to select the volume level in a similar fashion as I can with Android. Even though I have Windows Phone 8 set on mute, the same setting does not apply to games where I have to continuously press the volume buttons or go through the menu to silence the darn thing. Why can't there be a panel where I can choose the volume depending on the type of app? Surely it's not too much to ask.

Twitter 2.0 for Windows Phone came along almost a week ago. Naturally, I updated the app expecting to take advantage of the newly-introduced features only to find out that I couldn't receive toast notifications. Later on, after I went on to reset Windows Phone 8, I figured out that there must have been a glitch in the update process that was causing this issue. Seeing as Microsoft has some problems with Windows Phone 7.8 updates and Live Tiles, that does not sound surprising at all.

Speaking of updates, I constantly wonder why it takes Windows Phone 8 so much time to display an update count under Store. Sometimes more than a day goes by to receive the update notification, forcing me to manually do it every time there is something new that I must have. Why the compromise? Is there something we should know, which affects the greater good for the few of us running Windows Phone 8? I doubt it and frankly I don't want to hear an excuse for something that shouldn't be a problem in the first place.

Then there are the apps, supposedly exceeding 130,000 in number, according to Microsoft's count. Admittedly, there are some great ones out there, which I plan on tackling in future articles, but some major and important titles are still missing from the store. For instance Pandora was promised for "early 2013" in late-October, but it's still MIA. Dropbox is missing, too, as are other apps or games.

I don't fall on the hipster side of things, not at all, but I do sometimes have a craving for Instagram -- whether for connecting with some folks or looking at some great car pics (Audi does a smashing job at it). This usually happens when I'm away and, obviously, with no app at my fingertips. I could use Internet Explorer, as it is possible as long as you don't want to upload content, but it gets tiresome to revert to a browser after using apps for so long on Android. It's like I'm rocking a feature phone -- this is not progress.

My main gripe, in the social department at least, is the lack of a proper Google+ app. The only ones out there just render a mobile view of the website, an experience that is suitable for a tablet but very frustrating to use on a smartphone because everything (including the buttons) is very tiny. I blame Google for it, but it's Windows Phone 8 that loses out in my eyes and in favor of Android as well.

It's a chicken-and-egg kind of problem, but one nonetheless for users that just want something that works decently enough. The sad thing is that I'm back to hoping that Windows Phone 8 and its ecosystem will improve over time, as no one wants to buy my Windows Phone 8X so far.

54 Responses to Life in the Windows Phone 8 shanty town