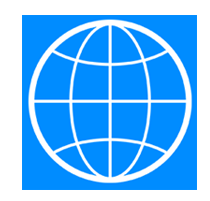 As the name implies, iTranslate doesn't come with any support for translating phrases spoken into the microphone; instead users, must type their word or phrase into the box, and then wait for the app to translate it.

Despite the lack of support for voice-recognition, the app could still prove to be useful for those wishing to translate phrases from one language to another. Over 80 languages are supported in total, and all provide written translations of words and phrases entered. If a single word is chosen for translation, dictionary services -- including translations of different meanings of the word entered -- are provided.

Many languages also provide spoken translations -- the quality of the voice used varies according to the language selected -- while users can also copy the translated phrase or word to the clipboard for inserting into other applications or documents.

Users can translate from any two supported languages -- tap a country's flag to switch to a different language. iTranslate also provides History and Favorite functions, allowing users to build up a library of words and phrases for quick translations, and translations can also be shared via email, Facebook and Twitter.

The free version of the app is ad-supported -- an in-app purchase ($4.99) removes both these and a restriction on the length of phrases that can be translated. iTranslate 1.1 is available now for Windows 8 and RT. A Windows Phone version is also available, as is iTranslate Voice 2.1 for iPad and iPhone.