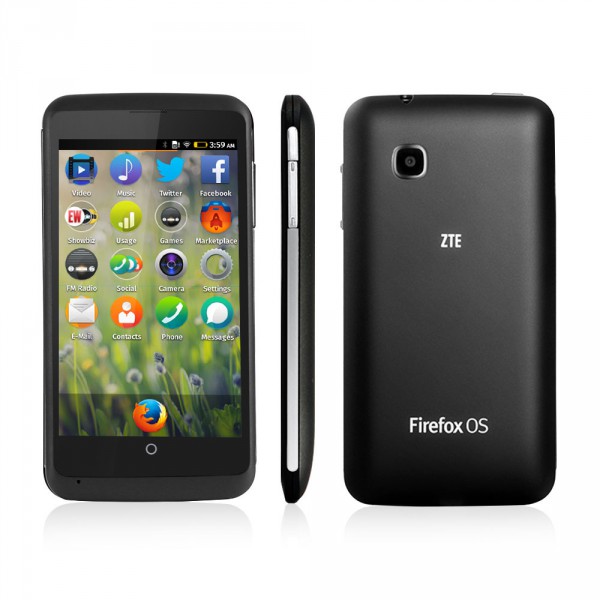 Android and iOS pretty much have the smartphone market locked-up. Sure, Windows Phone and even BlackBerry still represent a small slice of the market-share pie, but they are non-factors -- for now. Sadly, when duopolies have a stranglehold on markets, it is hard for a third player to make an impact.

Mozilla is trying to change that with Firefox OS, but so far, it has not sparked the interest of consumers. However, Firefox devices have not been widely available; they have been relegated to developer devices being sold on eBay. Today, that trend continues with the consumer-focused ZTE Open C, which is being sold on the auction site for a wallet-friendly $99.

"The ZTE Open C offers users a sleek intuitive design richly equipped with features including a 4-inch screen and a 1.2GHz dual-core Qualcomm processor based on the A7 architecture. It is the first smartphone to ship with the latest version of Firefox OS, bringing performance improvements, enhanced messaging and multimedia capabilities to first time smartphone users at an affordable price. The ZTE Open C, priced at US$99.99, is now available to eBay users in the US, UK, Germany, Russia and more than 20 other European countries", says ZTE.

Here are the specs of the inexpensive device:

If you need a very basic and inexpensive smartphone, this may be an option. However, a lack of apps will prevent this from being a truly enjoyable experience. Quiet frankly, Firefox OS remains a curiosity rather than a viable solution. While I would suggest passing on this phone for now, I am rooting for the project to succeed. After all, the more choice, the better.

If you are interested in buying the device, you can get it here. If you buy it, tell me how you like it in the comments.