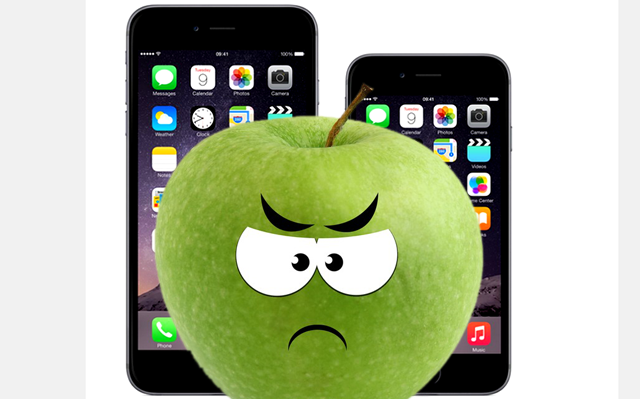 Second in a series. Yesterday we gave a rundown of five things to love about Apple’s new iPhone lineup. We pointed to the design, the screen, a better camera, choice in size, and NFC as some of the highlights.

I’m willing to wager this post is the one you all are waiting for given the patterns of BetaNews commenters, though. No doubt even some of the Apple faithful will admit the device is far from perfect. So, what bothers us about the new iPhones?

1. Fragility. Call it "Bendghazi". Or "Bendgate". Apple has a problem on its hands when it comes to the iPhone 6 series and its choice of manufacturing materials. It chose aluminum for the body, an easily malleable metal, and a thin piece of aluminum at that. Making matters worse, the glass used also appears to have a good deal of flexibility to it too. What does this equal? A perhaps too flexible phone.

Over the past few days reports have begun to flood in indicating how just a bit of pressure can cause the phone to deform. Hipsters and the general tight-jeans-wearing public are the most at risk for this issue to show up. Don’t try to bend it back either: those who have tried ended up with a cracked screen. Not a positive mark for Apple’s Quality Assurance team.

2. The iPhone 6 Plus. How can a whole phone be something to hate? Size matters. The iPhone 6 Plus is a monstrosity and an accident waiting to happen, as there’s almost no way to use it one-handed. iOS 8’s "Reachability" feature -- which brings the top of the screen halfway down the display to reach those top buttons -- is really only useful on the 6. You still need two hands for a 6 Plus regardless of what Apple says.

I can only imagine how many people are going to drop this thing while trying to manipulate their hands to hold it one handed. Honestly folks, if you really need a device that big you should be thinking about an iPad mini. It’s going to be a much better user experience overall, and with iOS 8 Continuity you can make phone calls from it if you really, really need to.

3. Scaling. This issue was something that can and should have been avoided. Apple doesn’t like tipping its hands on new products, and this is where it’s coming back to bite the company in the rear end. Scaling is a great feature because it makes any app automatically usable on the iPhone 6 series’ bigger screens. But as anybody knows, scaling up comes at a cost: clarity.

Scaled up apps look huge on the device and with the trend towards minimalist design that started with iOS 7’s release, more amateurish. It’s also a little weird to watch the top status bar from the home screen double in size when you load up a non-optimized app. And for whatever reason, Apple isn’t doing much to fix things.

Major apps like Facebook, Snapchat, Instagram, and Google’s Chrome and Gmail apps all still haven’t updated their UI’s as of Wednesday. At least three of those have been updated since iOS 8 and the iPhone 6 and 6 Plus were launched. Why is Apple still approving apps that haven’t flipped the switch yet? It doesn't make sense.

4. A not-so-quiet silent mode. Upgraders will notice one huge difference between previous models and the iPhone 6: the vibration. While I do have to say I am no longer missing calls because I just didn’t feel the phone vibrate, the vibration is, well, loud.

5. The NFC walled garden. While I cheered the addition of NFC previously, I did not mention there’s a major downside. Apple is limiting use of the technology to just its Apple Pay service -- at least initially.

CNET got confirmation from an Apple spokesperson that developers will be locked out of using NFC for at least one year, and the fruit logo company declined to say if there were any plans to ever let developers use NFC in their apps.

For a company that has certainly made some strides to open things up this is a step backward. While I understand limiting NFC for payments to Apple only (hey, it’s the company's device), why prevent developers from using the chip for other innovative uses? It doesn’t make sense. There’s all kinds of cool uses out there -- pairing devices via Bluetooth with a tap, or sending information by tapping a device to another -- but iPhone users won’t be seeing those any time soon.