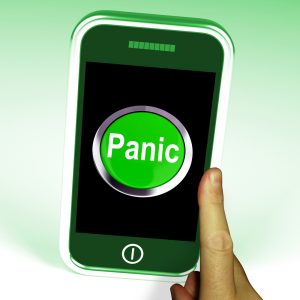 As T-Mobile announces yet another offering aimed at the nation’s top wireless carriers, one thing is clear: AT&T and Verizon feel the pain.

Both companies reported this week that they are finding it more difficult to retain customers as competition heats up in the US wireless market. Verizon says increasing competition is causing churn to trend "higher both sequentially and year over year", and expects these pressures to cut into profits and margins in the fourth quarter.

AT&T made similar statements to the Wall Street Journal, indicating it too was seeing price pressures that would affect its bottom line. But the hurt may only be beginning, as T-Mobile aims to gain a larger foothold in the US market.

T-Mobile introduced yet another salvo in its ongoing fight against industry norms, debuting a new family plan on Tuesday that costs $100 per month and offers unlimited LTE data, voice, and text for two lines. Additional lines (up to 8) cost $40 per month.

The latest offering is nearly 30 percent cheaper than T-Mobile’s previous two-line plans. It is also far below Verizon and AT&T, neither of which offer unlimited data. Verizon’s family plan for two lines and 20GB of data sets you back $180, and a similar plan from AT&T with 30GB of data for two lines is $160 per month.

"People are saying loud and clear that they hate the confusion and complexity of the carriers’ shared data plans, and they should", T-Mobile CEO John Legere says. "These plans are purpose-built to do one thing, take money from your pocket and put it into theirs".

Both current and new subscribers are able to take advantage of the new plans immediately. It should be mentioned that this plan is not a permanent fixture: T-Mobile intends to eventually discontinue the offer, but allow subscribers to keep the plan for life if they switch.

In an interview with Re/code, Legere repeated his official comments and added that he is not surprised by Verizon’s announcement regarding its finances. He says T-Mobile is on target to hit its own numbers this quarter, and that "the last thing" investors will hear is an earnings warning of any kind.

The earnings sheet will tell the story, however. All three companies are slated to report their quarterly earnings late next month.