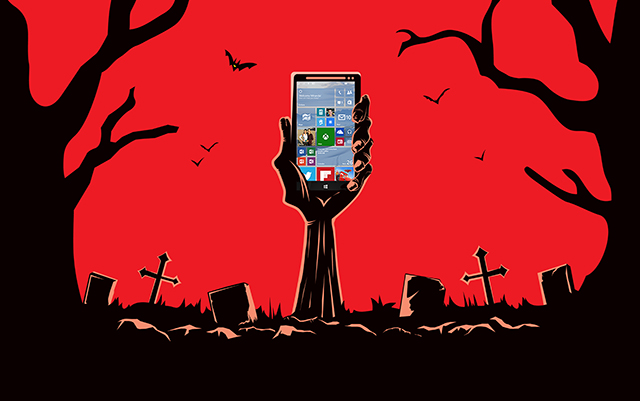 Call it a missed opportunity. Microsoft finds itself with a unique chance to leverage its full range of products and services to promote the new OS. Unfortunately, not all parts of the Redmond giant are on board with the new strategy. The Office team, in particular, has only half-heartedly embraced key Windows 10 technologies, like Universal Windows Apps and XAML. And this lack of commitment may very well prove fatal to Windows 10 Mobile.

But first, some perspective: Rewind the clock to late last year when Microsoft was touting the forthcoming Office 2016, including the much anticipated "touch-centric" version of Office (code-named "Gemini") that customers had been clamoring for. Next, fast forward a few months to when the first technical previews were released -- both Office 2016 and what would go on to be known as "Office Mobile" -- and reality set-in. Not only were the new fangled "Mobile" versions less functional than their Win32-based counterparts, they lacked much of the core integration plumbing (COM/OLE/VBA) that had made traditional Office such a powerful in-house development platform.

Simply put, these were token apps. Universal Apps, yes, but still just placeholders and far from the feature-complete, touch-centric Office that customers were expecting. However, to listen to the Office team, you would think that they had "fulfilled their promise to deliver a touch-centric, mobile-capable Office". In reality, they had produced nothing more than a splashy diversion, one that would allow them to pay lip service to high-profile developer tools and technologies (UWA, XAML) that were never part of the core Office 2016 blueprint.

The duplicity of this product stratification was cleverly disguised during the subsequent Build conference. Microsoft presenters were heard to say things like "The Office Apps UI on Windows is totally based on XAML" and "we achieved more than 95 percent code reuse between apps". But what they were in fact referring to were the new token "Mobile" versions of Word, Excel and PowerPoint, not the core Office 2016 suite. Yet all that most developers heard was "Office uses XAML", and this was enough to convince many of them to jump on the UWA bandwagon. After all, if the Office folks were embracing the new Windows 10 development model, it must be good, right?

But in fact the Office folks weren’t embracing UWA, at least not in any meaningful way. Yes, "Office Mobile" would go on to be released as a fully UWA/XAML-compliant solution. However, development of the full-blown Office 2016 suite would follow the traditional, time-tested path blazed by its predecessors: Lots of tightly written C/C++ code calling directly to the legacy Win32 API. It was a classic "do as I say, not as I do" scenario, and the presence of a bunch of dead-end UWA "Mobile" apps helped the Office team pull off the bait-and-switch maneuver.

So, what does any of the above have to do with Windows 10 Mobile? Simple. Windows 10 is Microsoft’s attempt to unify its disparate PC, tablet and phone offerings through a common OS core. The company is hoping that Windows 10 Mobile can piggyback on the success of Windows 10 for PCs by leveraging the power of UWA to create what is essentially a "PC in your pocket". And the poster child for this bright future is Microsoft Office running in Windows 10 Mobile’s Continuum mode.

Such a powerful combination -- Windows 10 Mobile plus Office 2016 -- should mean that users can leave their laptops and tablets behind. After all, they now have an expandable version of "Office in their pockets". Why lug around a bunch of extra hardware when all they really need is their phone and, if the need arises, a KVM kiosk with which to activate Continuum?

It all sounds great until you realize that the Office they are toting in their pockets is not the same Office they’re leaving behind on their desktops, laptops and tablets. On the contrary, it’s the cut-down, token version that the Office team ginned up to satisfy the Windows platform and tools folks.

As noted above, "Office Mobile" is missing a number of key integration and interoperability features, rendering it incapable of serving as a 1:1 replacement for Office 2016 in many scenarios. And since this is the version that will grace new Continuum-capable handsets, the lack of a more sophisticated Office solution for Windows 10 Mobile, one that could support the complex VBA macros and custom in-house development features that make full Office 2016 so powerful, severely undermines Microsoft’s productivity-centric messaging for the nascent phone OS.

Perhaps if the Office team had fully embraced UWA (as opposed to merely paying lip service by ginning up "Office Mobile") they could have come up with something more compelling. A robust, UWA-based Office sporting even 50 percent of the Win32 Office 2016’s functionality would have given the Windows 10 Mobile folks some serious ammunition in their fight against iOS and Android. As it stands, the token UWA "Mobile" apps simply don’t deliver enough of the Office "secret sauce" for users to truly leave their PCs behind.

And if Windows 10 Mobile devices can’t deliver on the promise of a "PC in your pocket", then what’s the point in buying them in the first place?