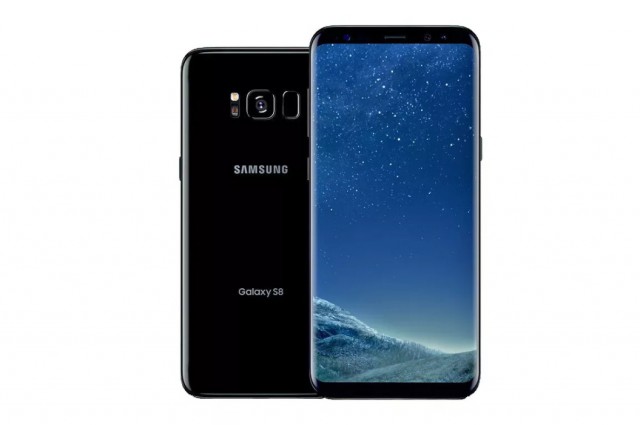 At the first Unpacked event of the year, Samsung today officially takes the wraps off its new flagships, the Galaxy S8 and the Galaxy S8+. They're arguably the most important Android smartphones to launch this year, featuring drastic changes in terms of design and cutting-edge internals that set it apart from the competition.

The highlight of the Galaxy S8 line is the display, a 5.8-inch panel on the standard model and a 6.2-inch screen on the plus version. Both are taller than before, with an aspect ratio of 18:9, nearly filling up the front panel -- just like on the new LG G6.

The upside to the new displays -- which are both Super AMOLED with a resolution of 2,960 by 1,440 -- is that there is more room available for content. The downside is that, at least in the current incarnation of this technology, the fingerprint sensor has to be moved to the back of the device.

That's a poor placement, in my opinion, as it now means you have to pick the device up from a flat surface to unlock it, whereas with the Galaxy S7 range you could just press and hold your finger against the home button -- which is now gone too, as a result of the bigger screen -- to get to the homescreen.

Powering the new range is Samsung's new Exynos 9 Series 8895 and Qualcomm's new Snapdragon 835. Which one you get depends on the market where you will buy your Galaxy S8 or Galaxy S8+. North America typically gets the Snapdragon treatment, while Europe gets the Exynos versions.

The performance should be pretty similar between the two processor options, maybe with a slight advantage for the Exynos-powered model in terms of outright speed. You can read more about the two chips by clicking on the links above.

Something else is new: there's now an iris scanner on the front of the device, which gives users another authentication option -- and should be a more convenient alternative to the fingerprint scanner, considering its new placement. Also new is the USB Type-C port, that replaces the microUSB port on the Galaxy S7, and the availability of Bluetooth 5.0

The Galaxy S8 and Galaxy S8+ are still waterproof and capable of wireless charging, which is good news for those who liked those features on the last Galaxy S generation.

The software is pretty standard Samsung affair, which means that it's customized with the company's skin atop of the latest version of Android -- which is Nougat. But there are also some pretty interesting features thrown in, like Bixby. It's Samsung's latest answer to Google Assistant and Siri.

It's touted as a smarter voice assistant, that's able to ask for more information when needed and process commands with missing information to the best of its abilities. Some built-in apps are already optimized for Bixby, while third-party developers will be able to do the same through an SDK that will be available "eventually."

Samsung has done something interesting with the accessories, offering a dock, called DeX, that allows users to hook up their Galaxy S8 or Galaxy S8+ to a monitor, keyboard and mouse. It's to improve productivity, and it's quite similar to Continuum on Windows 10 Mobile.

What about availability? US consumers will be able to pre-order the Galaxy S8 and Galaxy S8+ starting tomorrow, and buy it starting April 21. Pricing will likely vary depending on carrier. Available color options are Midnight Black, Orchid Gray and Arctic Silver.