Fedora Linux getting native MP3 support, but who really cares? 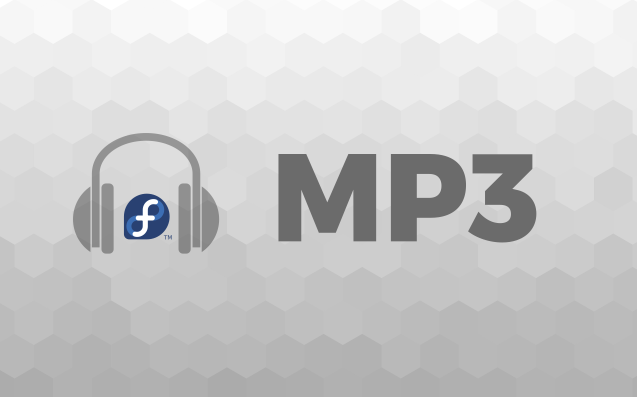 Fedora is a wonderful Linux distribution, as it is both stable and modern. One of the biggest selling points of the operating system is that is relies on truly free open source software. This means it won't have patented or closed-source non-free packages by default. Of course, in-the-know Fedora users often added these needed packages after the fact by using third-party repositories, such as RPM Fusion.

Over the years, one of the biggest pain points for Fedora was a lack of MP3 playback due to its FOSS focus. For someone switching from Windows or Mac, it could be very surprising and upsetting that they couldn't do something as simple as play a song, or rip/convert a CD to MP3. This will soon become a thing of the past, as both MP3 decoding and encoding are coming to the operating system by default. Unfortunately, this is a case of "too little too late," as the concept of storing music locally is becoming obsolete.

"Both MP3 encoding and decoding will soon be officially supported in Fedora. Last November the patents covering MP3 decoding expired and Fedora Workstation enabled MP3 decoding via the mpg123 library and GStreamer. This update allowed users with the gstreamer1-plugin-mpg123 package installed on their systems to listen to MP3 encoded music," says James Hogarth, Fedora Project.

Hogarth also says, "A couple of weeks ago IIS Fraunhofer and Technicolor terminated their licensing program and just a few days ago Red Hat Legal provided the permission to ship MP3 encoding in Fedora. There will be a bit of time whilst package reviews are carried out and tools that are safe to add are identified, as only MP3 is cleared and not other MPEG technologies. However, it will soon be possible to convert physical media or other formats to MP3 in Fedora without 3rd party repositories." 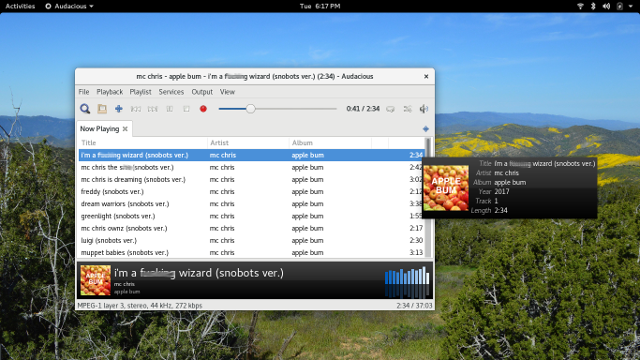 In 2017, streaming music is all the rage, making this news very bittersweet. Yeah, it's cool that the operating system will finally get full MP3 support going forward, buy who really cares at this point? Linux users would be wise to just embrace web-based streaming solutions like Spotify or Google Play Music All Access.

The addition of MP3 decoding and encoding is not pointless, however, as some users may have older MP3s that are not available on streaming services, including files they created themselves. This could be from CDs, vinyl, or live recordings. There are even some new downloads that cannot be found on streaming, such as the new MC Chris "Apple Bum" album I bought this week. In the above image, you can see me playing it on Fedora 26 with Audacious. So yeah, some people will care.

Are you happy to get native MP3 encoding and decoding in Fedora, or is it no longer important to you? Tell me in the comments below.

112 Responses to Fedora Linux getting native MP3 support, but who really cares?