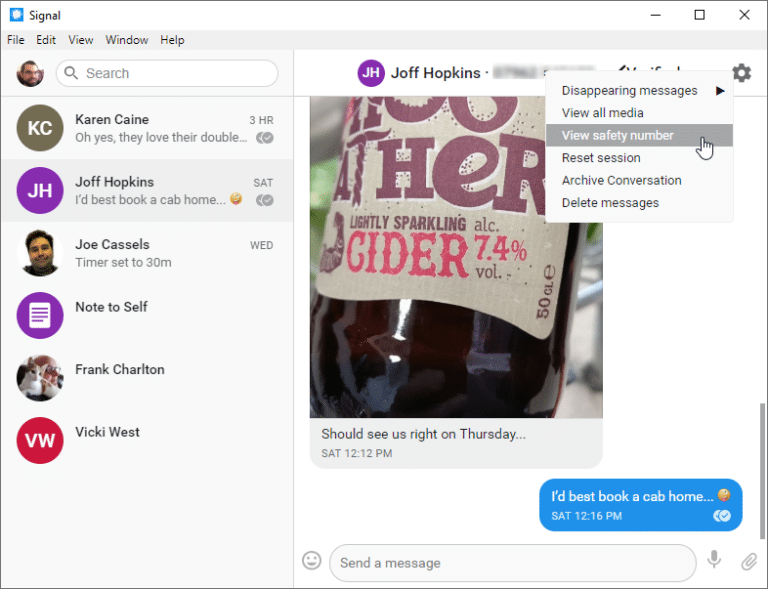 By now you’ve heard the news: WhatsApp is currently rolling out an urgent update to all app users to close a major vulnerability that leaves unpatched phones at risk of being targeted by hackers. WhatsApp is owned by Facebook, and if you plan to stick with the platform, don’t wait for an update notification: access your phone’s app store now to force install the update.

Except maybe now is the time to go one step further: perhaps it’s the perfect opportunity to switch to a different messaging platform. One that’s not owned by one of the major tech companies, is equally -- if not more -- secure, and which works on more than just your phone. Enter stage left, Telegram, and stage right, Signal.

Both Telegram and Signal work in a similar way to WhatsApp: secure end-to-end encrypted messaging, with support for group chats, smileys and attachments, plus the ability to take part in video and voice calls.

All three services are installed on your mobile phone -- enter your mobile number (the only personally identifiable information required) during signup to activate the app via text message. However, while WhatsApp can only be installed on a single device -- your phone -- at once, both Signal and Telegram go further.

Signal also comes with a desktop app for Windows, Mac and Debian-based Linux (including Ubuntu), allowing you to pick up conversations on your laptop or desktop.

Linking up with other contacts is easy -- Signal will go through your contacts list (with your permission) and automatically connect you to any other known Signal users based on their phone number. Once you’ve made your initial contact, you can verify each other for additional confirmation you’re both who you say you are.

Signal also supports disappearing messages -- the ability to have messages disappear a set amount of time after the other person has read them. Also take the time to go into the mobile app settings and verify 'Enable Screen Security' is enabled to block other apps from Signal.

Telegram goes further: it claims faster delivery of messages thanks to a spread of servers across the globe, plus much higher limits (1.5GB for individual files, and up to 100,000 people in a single group).

It also offers support for a wider variety of platforms -- including tablets as well as phones, plus a cloud-based version that works in any browser.

There are some caveats, however: first, messages aren’t necessarily end-to-end encrypted unless you start conversations in Secret Chat mode. It’s also not 100 percent open source, unlike Signal. The API and protocols are, but the server-side services aren’t. It is a non-profit organization and promises no ads or subscription fees now or ever but relies heavily on funding from a single source rather than donations, which is how Signal operates.

We plumped for Signal because despite having fewer features, its open-source nature and greater transparency appeals to us. But either option is an improvement on WhatsApp -- and now is the perfect time to start moving friends, family and colleagues across. Whichever option you choose, be sure to visit both Signal and Telegram websites to make an informed judgement.