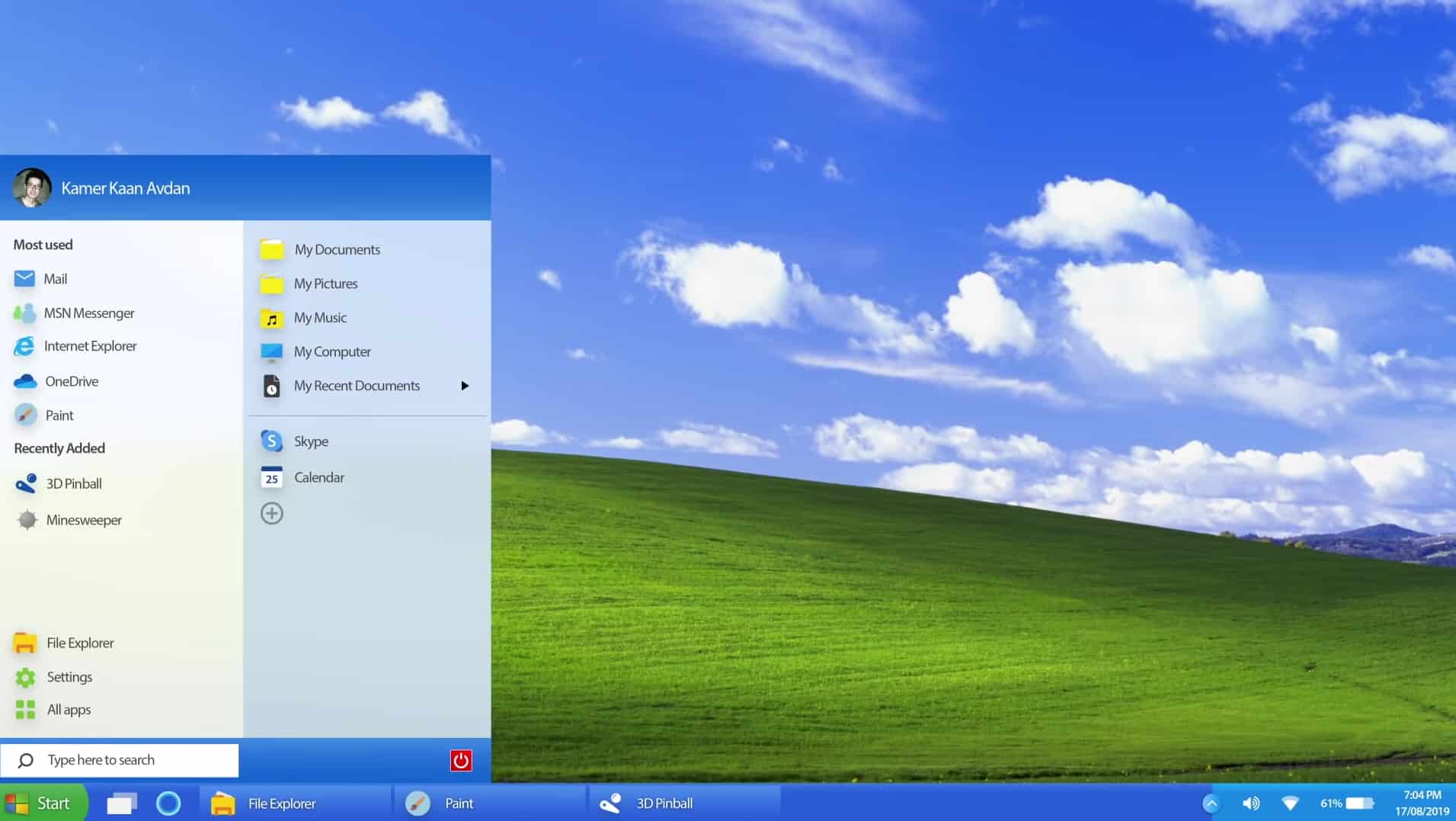 Microsoft launched Windows XP 18 years ago today. Despite support ending for it back in 2014, the OS is still to be found on just under 3 percent of the world's PCs, according to NetMarketShare. Many people still look back fondly on it, and for good reason. It was a huge step up from the gray, bland Windows versions that proceeded it.

Although Microsoft does issue the very occasional update for XP, in the main it's now viewed as a relic from days gone by, and lacking many of the modern features we take for granted in Windows 10. But what if Microsoft updated it? To celebrate the operating system's big 18th birthday, we thought it would be fun to repost this story from a couple of months ago.

YouTuber Kamer Kaan Avdan has created concept videos for Windows 7, Windows 11, and iOS 13 and last year he showcased his vision of Windows XP 2018 Edition which gave the aging OS a Fluent Design makeover with transparency effects and curved corners. It also introduced a Start menu that blended XP’s design with that of Windows 10, including live tiles.

We were big fans of Avdan's 2018 re-imaging of XP, but plenty of people felt it looked more like a reskinned version of Windows 10, and it's this criticism which is the driving force behind his latest concept video.

Windows XP 2019 Edition is much closer to the XP we remember and love, but with updated graphics and modern features. This time around Avdan restores the classic Start menu without a single live tile in sight. There are silver and olive green themes, dark and really dark modes, dynamic wallpaper -- where the sun sets and rises over the iconic Bliss backdrop -- and also updated Paint and 3D Pinball apps.

Watch the full video below and share your thoughts on it in the comments. Would you switch from Windows 10 to Windows XP 2019 Edition?

[Update -- As it's Windows XP's 18th birthday, we thought it would be fun to revisit this post for a couple of months ago