Forget buggy Windows 10, Windows 11 is the operating system we want Microsoft has said previously that Windows 10 will be the "last version of Windows", but is it time to rethink that idea and give users an operating system that goes up to 11? Take a look and make up your own mind.

YouTuber Kamer Kaan Avdan, who has previously created concept videos for updated versions of Windows 95, Windows XP and Windows 7, among others, has released a brand new video showcasing his vision of Windows 11.

This "next generation of Windows" includes curved designs, a re-imagined Start menu (still with tiles though), smart animations and -- something that Windows 10 users can only dream of -- a truly consistent design.

There’s a redesigned Search UI, a new, much better dark mode, plus an alternative really dark mode, and adaptive cursors. You can pin tiles to the desktop too, which is a great idea.

With a nod to the past, Avdan’s Windows 11 also comes with a stylish Windows XP theme! 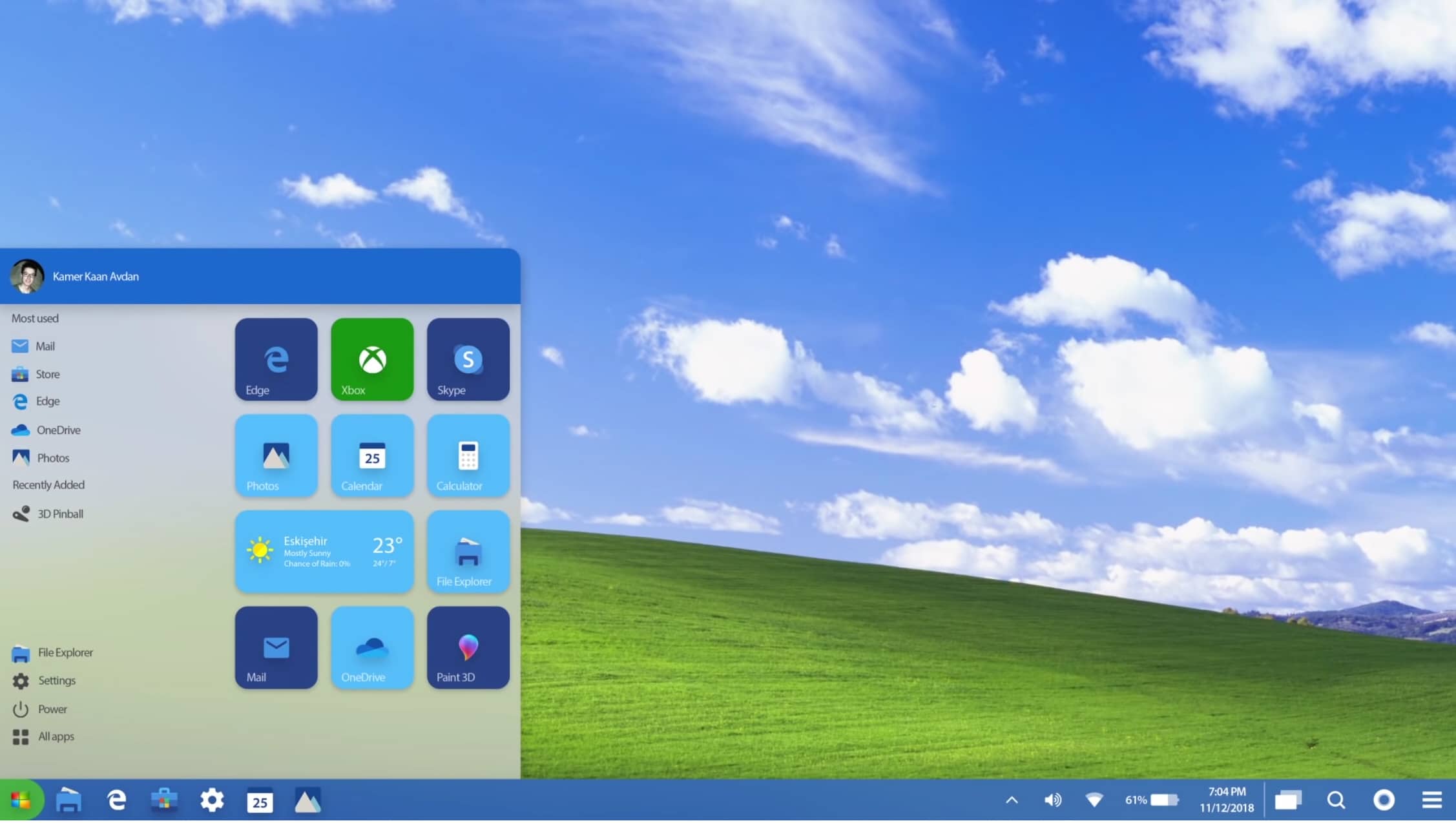 What do you think of this Windows 11 concept? Do you prefer it to Windows 10? Let me know in the comments below.

423 Responses to Forget buggy Windows 10, Windows 11 is the operating system we want