Microsoft takes us on a nostalgia-fueled trip through time 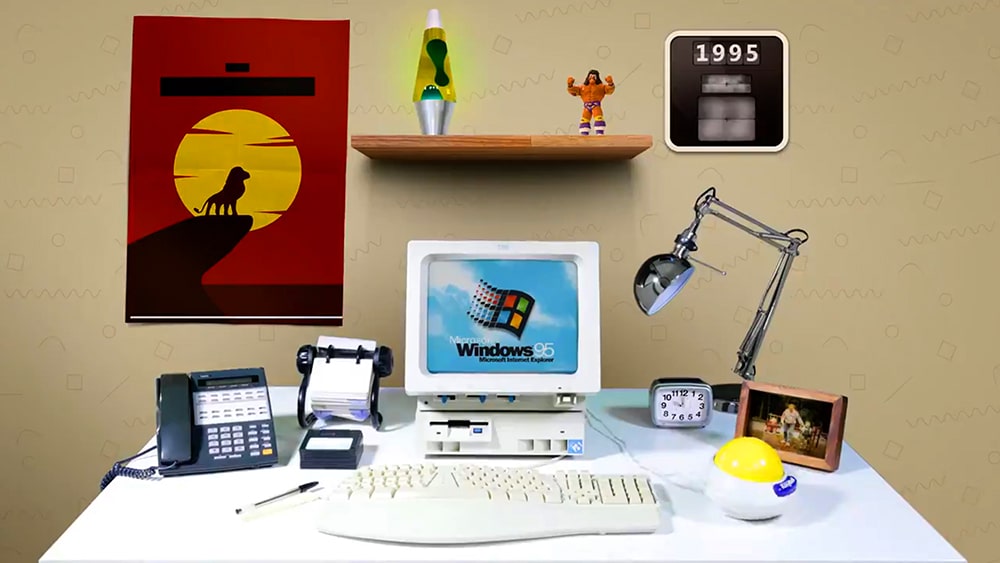 Microsoft has a long and illustrious/checkered history (delete as applicable), and if you’ve worked with computers over the years you’ll have used many of the company’s ever-evolving software and hardware.

In a new video, Microsoft takes us through time, starting on April 26 1983 and going right through to today, showcasing just how much things have changed over the years.

Microsoft seems to be feeling a little nostalgic of late -- the company released a Stranger Things-themed version of Windows 1.11 last year, and its next update of Windows Terminal will have a retro look with CRT effects. This video is another great example of that.

Uncovered by serial Microsoft leaker WalkingCat, the video has lots of nods to the past with a poster that changes to reflect the big movies over the years (ET, Top Gun, Batman, Jurassic Park, Forrest Gump and so on), and plenty of iconic items like a Rubik’s Cube, rotary dial telephone, Newton’s Cradle, floppy disks, and lots of different versions of Microsoft mice and keyboards, most of which I’ve owned over the years.

The video ends with a much tidier desk, a Surface Studio, and the words "Together, imagine what we’ll do next".

Quite what the video is for, or indeed where (or when) it’s from, isn’t known at the moment, but I’m sure we’ll find out in due course.