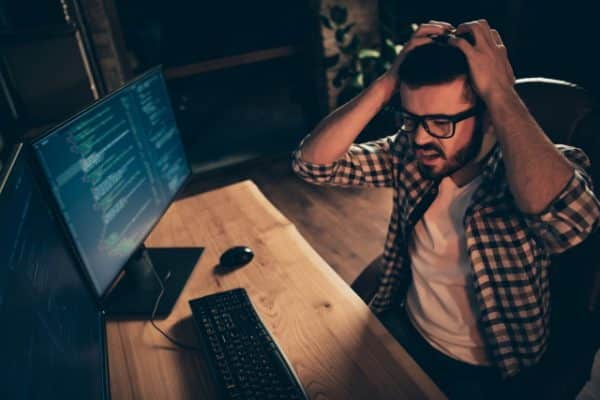 Half of first-time security analysts working in Security Operations Centers (SOCs) plan to leave after just three months in the job, according to a study from SIRP Labs.

None of them plan to remain in their current role for longer than 18 months, and of all the 250 security analysts interviewed nearly half (48 percent) are considering leaving their role, within 11 months. The average amount of time spent in the same post is just 30 months.

Top areas of dissatisfaction with the job that contribute to this high rate of churn are mundane tasks (51 percent), frustration at events outside their control (45 percent), the inability to allocate time effectively (30 percent) and a pressure cooker environment (29 percent).

The study also highlights the effect of the pandemic, with 46 percent having experienced a reduced workforce as a result, while just over two in five have had to spend more time on non-productive tasks and a similar number, 42 percent, feeling pressure on the job.

High rates of staff churn continue to plague under-pressure SOCs. This research clearly shows organizations neglect conditions in their SOCs at their peril.

The double-whammy of a global cyberskills shortage coupled with the pandemic have created melting-pot conditions where good staff are hard to keep and even harder to come by. Morale could easily be improved with more automation along with fast access to the right information, helping to improve productivity and reduce the amount of missed or false-positive alerts.

There are some positives though, most security analysts (66 percent) say they enjoy a sense of team spirit, especially those aged over 35 where team spirit is highest (72 percent). Also 89 percent say they enjoy a close working relationship with colleagues in other departments like GRC (Governance, Risk management and Compliance) or vulnerability management.

You can read more on the SIRP blog.