By Nick Peers
2 years ago 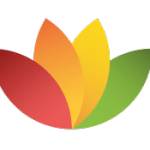 Microsoft has made a free Office app for Windows 10

By Wayne Williams
2 years ago 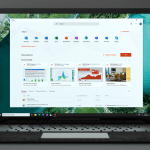 Although there are plenty of office suites available, including lots of free choices, Microsoft Office remains the one that most people use. Today, Microsoft rolls out a new app for Windows 10 called, simply, Office, which is designed to replace the existing My Office app.

The app itself is free and can be used with any Office 365 subscription, Office 2019, Office 2016, and Office Online -- the free web-based version of Office for consumers.

By Joe Wilcox
2 years ago 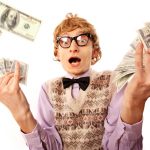 In May 2010, I wrote about Apple's market cap passing top-valued Microsoft; it's only fitting to follow up with an analysis about the unbelievable turnabout that, like the first, marks a changing of technological vanguards. Briefly today, the software and services giant nudged past the stock market's fruit-logo darling. A few minutes after 1 p.m. EST, the pair's respective market caps hovered in the $812 billion range, with Microsoft cresting Apple by about $300 million. By the stock market close, a rally for Apple put distance from its rival: $828.64 billion to $817.29 billion, respectively (Bloomberg says $822.9 billion, BTW). Consider this: As recently as October, Apple's valuation touched $1.1 trillion. But since the company announced arguably record fiscal fourth-quarter earnings on November 1st, investors have punished shares, which currently are down about 21 percent.

Apple has long been a perception stock, even when under the tutelage of CEO Tim Cook company fundamentals deserved recognition. But perhaps Wall Street finally realizes the problem of iPhone accounting for too much of total revenues at a time when smartphone saturation saps sales and Apple pushes up selling prices to retain margins. More significantly: Apple has adopted a policy of fiscal corporate secrecy by stepping away from a longstanding accounting metric. I started writing news stories about the fruit-logo company in late 1999. Every earnings report, Apple disclosed number of units shipped for products contributing significantly to the bottom line. No more. Given current market dynamics, everyone should ask: What is Cook and his leadership team trying to hide?

Et tu, Office? After pulling Windows 10 update, Microsoft does the same for Office

By Mark Sofia Wyciślik-Wilson
2 years ago

Microsoft's update procedure for Windows 10 has been a little, er, wobbly of late. The Windows 10 October 2018 Update proved so problematic that it had to pulled, and even the re-released version is far from perfect.

Now it seems the cancer is spreading to Office. Having released a series of updates for Office 2010, 2013 and 2016 as part of this month's Patch Tuesday, Microsoft has now pulled two of them and advised sysadmins to uninstall the updates if they have already been installed.

By Brian Fagioli
2 years ago 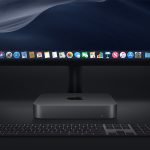 One of the coolest new features of macOS Mojave is dark mode. As the name implies, it quite literally allows the user to make a system-wide switch to a darker interface. It works quite well, but unfortunately, app developers have to take advantage of it in their code -- their programs will not support dark mode by default. This means that even when you turn dark mode on, some apps will look out of place. Yeah, that inconsistency kind of stinks, but luckily, many developers -- not all -- have been updating their software to support the feature.

One huge app in particular is still not updated -- Microsoft Office. Regardless of what you think of the Windows-maker, it cannot be denied that Office is outstanding. It is still the best office suite after all these years. On macOS Mojave and later, it will be getting even better, as Microsoft is planning to introduce dark mode to Office at some point in the future. As is typical with the company, the feature will first be given to "Insiders" (aka free beta testers).

By Mark Sofia Wyciślik-Wilson
2 years ago

The Word Mobile, Excel Mobile, and PowerPoint Mobile apps found in the Microsoft Store first appeared for Windows 8.1, and development has continued with the release of Windows 10. But now this is changing, with Microsoft saying it wants to focus on the Win32, web, iOS and Android versions instead.

Microsoft Office gets a facelift to improve usability

By Ian Barker
3 years ago 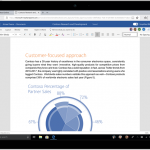 Microsoft has announced that it's giving its flagship Office suite a makeover designed to deliver a balance of 'power and simplicity'.

The updates apply to Office.com and Office 365 and will be rolled out over the next few months, the company says it will 'test and learn' as it goes -- those of a cynical mind might see that as code for letting users find the bugs.

By Mark Sofia Wyciślik-Wilson
3 years ago 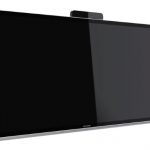 In a keynote address at Computex 2018, Microsoft introduced a completely new hardware platform: Windows Collaboration Displays. Designed for use in offices and meeting rooms, the displays are touch-sensitive and can connect to Microsoft Azure Internet of Things spatial recognition via built-in sensors.

While clearly related to the Surface Hub, Windows Collaborative Displays have a key difference: you have to supply your own computer hardware. Hook up a computer, and you have digital whiteboard and presentation tool at a fraction of the cost -- although pricing is yet to be confirmed.

By Mark Sofia Wyciślik-Wilson
3 years ago 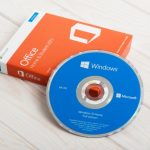 If you're thinking about upgrading to Office 2019 when it is released in the second half of 2018, you'll have to make sure that you have upgraded to Windows 10 first. Microsoft has revealed that Office 2019 will only run on Windows 10 (and the next LTSC release of Windows Server), dropping support for Windows 8.x and earlier.

In the same announcement, Microsoft also revealed that it is extending the support period for Windows 10, following the news that the operating system has finally overtaken Windows 7.