TSMC deal with Intel on hold, Atom on smartphones may have to wait

Last year, Intel agreed to share its Atom microprocessor design with Taiwan Semiconductor Manufacturing Company (TSMC), so that third parties wishing to create their own systems-on-a-chip under TSMC's Technology Platform could integrate Intel Atom processors into the design without additional steps.

The partnership came on the same day that Intel announced the embedded edition of its Z5xx series of Atom processors for multimedia smartphones, and other such applications.

Apparently, not enough people are interested in creating Atom-based embedded devices, The New York Times recently reported, and the partnership between Intel and TSMC is now on a temporary hiatus.

Intel has been talking about bringing the Atom platform to smartphones for years, and after a few false starts, it has finally showed off the world's first Atom-based smartphone, the GW990 from South Korea's LG.

The device is another of LG's attempts at a "panoramic" profile, with a 4.8" screen in an odd 2.13:1 aspect ratio. Intel actually showed off a prototype of this design in late 2008 when unveiling the Moorestown mobile platform. The GW990 is expected to come to market in
mid-2010 with a price tag over $1000. 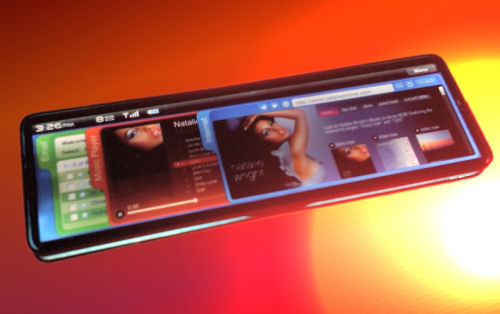 The steep price could be an indication of why manufacturers aren't exactly flocking to the x86-based smartphone idea, when there's already a wealth of ARM-based options out there.

As Insight64 principal analyst Nathan Brookwood told me last month, "OEMs can often get chip suppliers like Samsung to roll a custom ARM design for them, with the CPU cores, DSP cores, and peripherals they want. Intel has a bunch of standard SOCs they've designed, which they hope to sell to OEMs. There's little evidence (other than LG) that this strategy is working. Intel announced a 'have it your way' strategy that involved Atom cores at TSMC about a year ago, but there's little evidence that strategy is working either."

One Response to TSMC deal with Intel on hold, Atom on smartphones may have to wait