iPhone 4S sure is a slowpoke 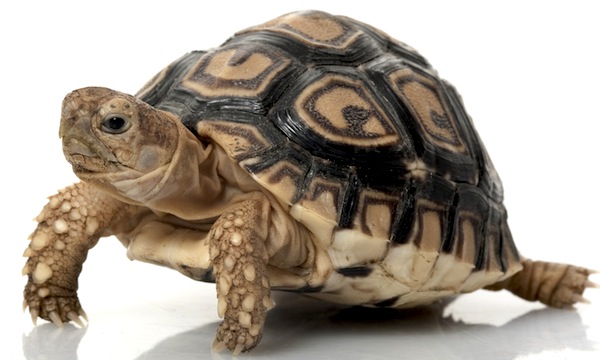 The question I have: Why doesn't it matter?

Over the weekend, iPhone 4S and I spent some quality time together. My interest: How does the user experience compare to Galaxy Nexus? There certainly are differences, but the most startling, at least in San Diego, Calif., is data speed. Verizon's LTE network kicks ass, while AT&T's HSPA+ -- on iPhone 4S -- does not. Hey, why walk 30 miles to work when you can drive there?

Apple sold 35.46 million iPhones during calendar fourth quarter, according to Gartner, ending Q4 and 2011 as global smartphone leader. But iPhone 4S has no true 4G, that is LTE, and still outsells every other smartphone by significant margin. Now why is that? According to NPD, at US retail, the top-three selling smartphones are iPhones -- 4S, 4 and 3GS, by order of volume -- and none has the fastest data throughput LTE offers.

iPhone's sales success says much about how consumers perceive the value of real 4G, or perhaps are confused by it; how ineffective are carriers' LTE marketing; and what iPhone benefits matter more to buyers. Lemme tell you, Verizon is not the carrier to buy iPhone from if you're looking for fast data anything. Verizon LTE is the roadrunner and the legacy CDMA network is Wiley E. Coyote.

Yet iPhone accounted for 55.8 percent of Verizon smartphone sales during calendar fourth quarter -- that's 4.3 million units. By comparison, Verizon sold 2.3 million 4G LTE devices, which includes mobile hotspots and tablets. At best, LTE devices accounted for 30 percent of smartphone sales. However, since that number includes other devices, iPhone outsold LTE smartphones by about 2 to 1.

LTE is a game changing feature, if you get it -- and I mean conceptually and literally using it. I've used the SpeedTest app around San Diego to assess just how fast is Verizon LTE on Galaxy Nexus. The screenshot below gives a peak. The fastest throughput came in the business district three blocks from my apartment -- more than 27Mbps downstream, which is 3Mbps faster than my wired Internet (AT&T DSL); iPhone 4S in same location: 4.4Mbps. Last night I pitted iPhone 4S against Samsung Galaxy S II Skyrocket and Galaxy Nexus from the same location in San Diego's Mission Valley district. Respectively: 5.1Mbps, 12.2Mbps and 22.1Mbps downstream and 2.19Mbps, 3.4Mbps and 10.41Mbps upstream. Consistently, in other tests, Galaxy Nexus over LTE is four to seven times faster than iPhone 4S over AT&T HSPA+. 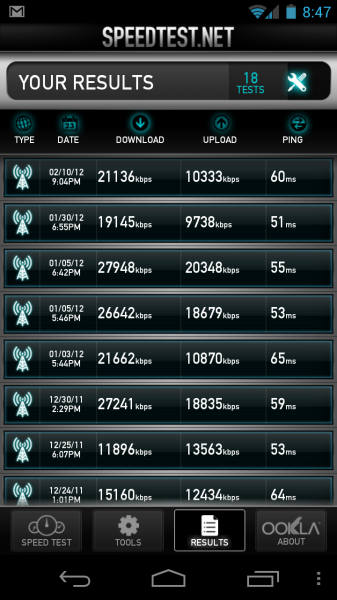 Tortoise and the Hare

Pulling from the children's folktale, if Galaxy Nexus on Verizon LTE is the hare than iPhone 4S on AT&T HSPA+ is the tortoise. In the kid's story, the slowpoke won the race between them, and same certainly can be said of iPhone 4S versus Galaxy Nexus or all Androids on Verizon's network. Everywhere else, too; but Verizon offers best snapshot because the carrier's CDMA iPhone offers slower top bandwidth throughput than AT&T's HSPA+ model and the nation's No. 1 carrier broadly offers LTE across the United States.

Back in September, I asked: "What if iPhone 5 isn't LTE?" days before Apple announced the 4S instead. But the question is as relevant to the current model, which sells just fine without real 4G, thank you.

If you bought iPhone 4S instead of a LTE Android, I'd like to read why in comments. For now, my own reasons:

1. People are confused about 4G LTE and what are the benefits. A "Saturday Night Live" Verizon parody commercial makes the point.

2. For most buyers, iPhone 3GS, 4 or 4S wireless data is good enough. They don't need faster when weighed against other benefits.

3. There is loads of misinformation about LTE sucking battery life, which absolutely is not my experience using Galaxy Nexus. Battery life is exceptional; I recharge about every 24 hours with heavy use.

4. Size matters. AT&T and Verizon LTE smartphones -- all Androids -- are huge compared to iPhone -- typically screens are 4.3 inches or more to 3.5 inches. Galaxy Nexus display is 4.65 inches! I must say that in using iPhone 4S over the weekend, the smaller size felt better in my hand and against my face, while the display's resolution and brightness offers plenty good enough experience.

5. Intangibles weigh in iPhone's favor, such as Apple brand popularity, aggressive TV advertising, lower iPhone 4 ($99) and 3GS (free) pricing, perceived app benefits and peer group (everyone else has one).

6. Many buyers want Siri. They've seen the TV commercials or someone else using the feature, and they want it, too. Siri's benefits are immediately tangible compared to data speed.

Increasingly, with the holiday sales spike over, people ask me when iPhone 5 will come out. My response is always "Not anytime soon". Why should it? iPhone 4S is the world's top-selling smartphone -- and without LTE! Apple should maximize margins off its current investment before bringing out iPhone 5. If people are satisfied with physical body and screen size, why rush to a larger handset either?

More sensible: An iPhone 4GS first, with LTE. Not that it matters. The tortoise already won the holiday sales race against the hare.

79 Responses to iPhone 4S sure is a slowpoke