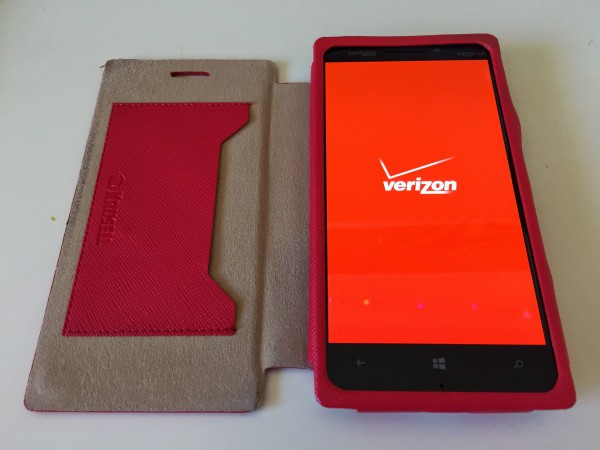 Mobile apps do matter, otherwise my tech-savvy sister wouldn't be giving up one of the best smartphones on the market: Nokia Lumia Icon (which is the 930 internationally). She bought the handset from me last summer and from Day 1 praised the utility and usability of the user interface, attractive but sturdy design, and amazing hardware capabilities, which include the quality of images produced by the camera.

Nanette rang Thursday afternoon, explaining that she had reached the inflection point of frustration finding apps she wanted or absolutely needed. She wanted my advice about a replacement. Should she return to iPhone (Nan used the 4 before Icon) or get an Android? Her user story illuminates what can happen when someone entrenched in the Microsoft ecosystem raises his or her head above ground and sniffs the Android and Apple air.

Where Are My Apps?

My sister bought the Lumia handset when employed by a company that provides training and other services to larger businesses -- many of them enterprises. As such, the operation is largely a Microsoft shop, where Icon fit in smartly. She could access and edit spreadsheets and perform many other functions relevant to her job from the Icon, which also served as a fine personal smartphone for all its capabilities. She does appreciate the tile-like, task-oriented user interface as being superior to iOS. That's something she will miss.

But months after obtaining Icon, Nan left her employer of about 17 years and started working for a non-profit. It was a longstanding dream opportunity, but one that brought her out of the Microsoft software stack into a stranger world of smaller organization adoption of other platforms. She loved Lumia, but it no longer loved her.

Her non-profit employer supports Android and iOS, but "is not available with a Windows app". She also wants to do more on the phone with apps for local businesses, but her bank, grocery, and movie theater, as examples, don't support Windows Phone. "The app for tracking a participant in running events like VT City Marathon -- of which I am on the Race Committee -- does not have a Windows app either. It just feels like someone at some level has not kept Windows phones in line with Android or Apple".

That's harsh indictment from someone who enjoys using Windows Phone and who is a longstanding user of Microsoft products.

Nan doesn't desire a larger smartphone -- and smaller would be even better. She wants something pants pocketable. My sister isn't under contract and prefers to not start a new one, if possible; she has $400 cash to spend and can add more for the right device (assuming Craigslisting Icon will defray some of the purchase price).

I see Verizon as carrier limiting choices somewhat. Nexus 5, which Google no longer sells direct but can be purchased elsewhere, would be my top pick for her. Size, functionality, and benefits running newest Android version are all benefits. But the device, which street price falls within her budget, isn't Verizon-ready.

iPhone costs too much off-contract, or so I consulted. She doesn't want the 6 or 6 Plus for size. iPhone 5s is $599.99 for 32GB capacity (I wouldn't recommend that anyone buy 16GB unless memory is expandable with micro-SD Card). Two-year contract is $149.99 or $24.99 per month on Verizon's Edge program, with payments spanning 24 months.

Verizon sells preowned iPhone 5s 32GB for $249.99, which I recommended against. Price is right, but the device could be all wrong depending on its history.

By the way, because of my sister's physical phone size requirement, I did not recommend newer HTC, LG, and Samsung smartphones -- or Nexus 6, which I use.

My mom also owned an Icon, which she unfortunately lost during a brief hospital stay. Mainly for budget reasons and current carrier, I bought her Moto X Developer Edition for Verizon. Amazon sells the smartphone for $279.99; unlocked, 32GB. Even being older, the device is an excellent value and fits my sister's budget. If money matters more, I counseled Moto X DE as good enough selection.

Moto X receives new Android versions fairly quickly, while the Droid is locked into Verizon's slower schedule. The design is a bit industrial and chunky for my tastes, but my wife uses the Turbo and loves it. That makes a second endorsement.

Among all the choices, I would recommend staying with Lumia Icon -- if the apps that Nan demands were available. She owns the smartphone with no contractual obligation, and the vintage 2014 hardware holds its own against newer flagships from competitors like Apple and Samsung. Cortana bosses Siri, the overall WP UI is fresh (particularly compared to iOS), and Windows 10 for mobiles alongside Microsoft cloud services promises improving user experience.

What I find most disturbing here: The kinds of apps Nan wants that aren't available. When I asked for further explanation, my expectation: Google apps, which are largely absent, and together are among the biggest absences. But my sister uses Outlook and other Microsoft services, which she adopted when working for her previous employer. She is not a Google user.

I will let you know what she decides.

Update: Coincidentally, my sister emailed, then called, about an hour after I posted (she hadn't seen the story). She had just come from a Verizon reseller store, where the rep recommended Galaxy S4 mini for $100 on contract. I firmly recommended against that choice, understanding smaller size is the benefit that appeals to her. The conversation ended with my suggesting that she stay with the Icon longer -- at least wait to see what sales might appear around Father's Day. She isn't dissatisfied with the device or Windows Phone 8.1, just the app selection.