Microsoft is in an apologetic mood right now -- what next? 'Sorry for Windows 10'? 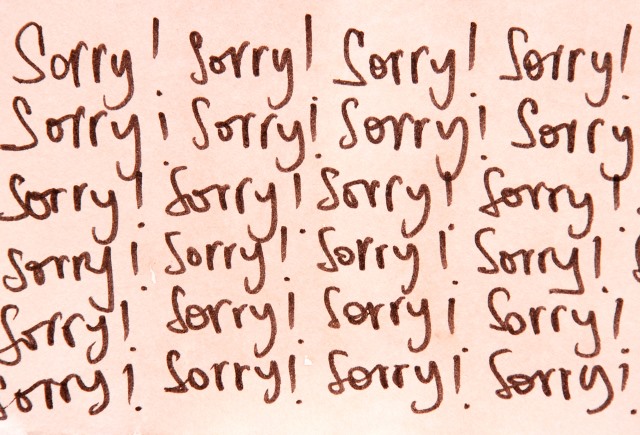 Sorry may be the hardest word, but it seems to be tripping off Microsoft's tongue quite freely at the moment. Maybe it's the holiday season making the company look at itself, but we've had two apologies in recent days -- first, a semi-apology for stealing OneDrive storage from people, and now it's sorry about the Surface Book and Surface Pro 4.

Recognizing that many people's experiences with the latest addition to the Surface range has been "less-than-perfect", Microsoft's Josh_F has issued an apology on behalf of the company. Thanksgiving may be little more than a memory now, but Microsoft is thankful for the "open and candid feedback" (or bitching and complaining) about the latest Surface devices. With Microsoft in an apologetic mood, what else could it say sorry for?

Writing on the Microsoft Community boards, Josh_F says that more fixes are on the way to address the problems and concerns that people have had with their Surface Books and Surface Pro 4s. Cold comfort to those struggling with problems with their devices, but it's something at least.

First, a big thanks to all of our customers for your open and candid feedback on Surface Book and Surface Pro 4. For those of you who've had a less-than-perfect experience, we’re sorry for any frustration this has caused. Please know that we're reading your comments and hearing you loud and clear. Your input is incredibly valuable in helping us address your questions with timely updates and fixes. Since launch, we have aggressively pursued the most pressing feedback. We have already issued a number of updates via Windows Update and are working to issue additional updates and fixes as soon as possible to further improve the overall Surface experience.

The "too long;didn't read" version? "Sorry for shipping products we knew were rubbish, but you're just going to have to keep waiting for the problems to be fixed".

But we could also look a little further back. It's never going to be too late to say sorry for Clippy, and many people would like Microsoft to offer some sort of apology for Skype, 'modern' apps, and years of subjecting people to Internet Explorer. What would you add to the list… and would 'sorry' be good enough?

362 Responses to Microsoft is in an apologetic mood right now -- what next? 'Sorry for Windows 10'?