Would you swap Android or iOS for Windows XP Mobile -- 2018 Edition? 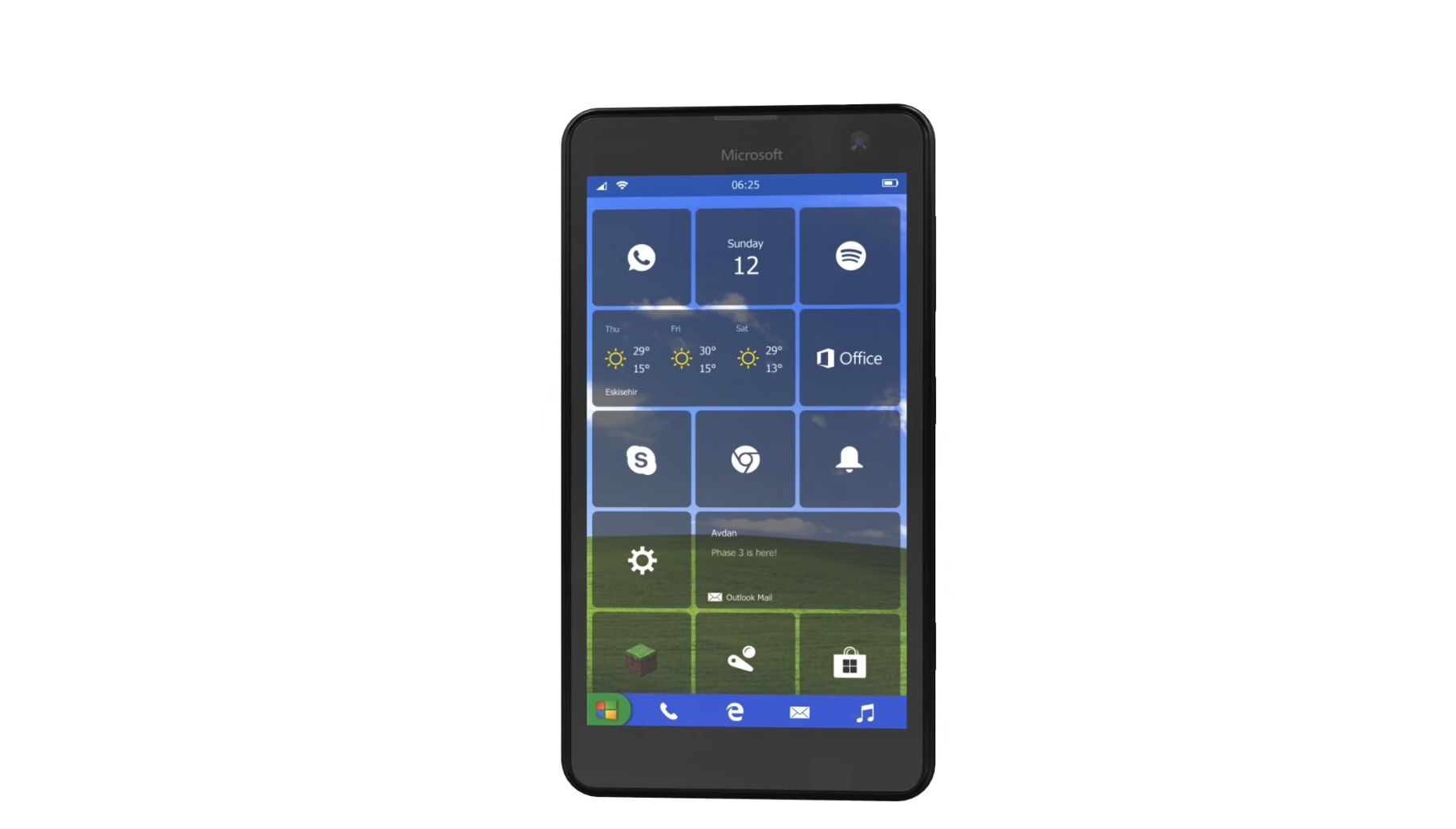 Microsoft’s plan with Windows 10 was to hit a billion devices within a couple of years, but that all hinged on the OS being a hit on PC, tablet, and mobile. Sadly, Windows 10 Mobile was a costly flop, and ultimately led to Microsoft’s exit from the mobile market.

It’s been rumored for a while that the tech giant might be planning a return to the space with a folding Surface Phone, but it’s going to need more than the right hardware -- the operating system will have to appeal to users of Android and iOS, and give them a reason to switch. Windows XP Mobile -- 2018 Edition is just such an OS.

YouTuber Kamer Kaan Avdan, who has previously created concept videos for Windows 11, iOS 12 and Android 9.0, and most recently brought Windows XP, Windows 95 and Windows 7 bang up to date, gives us a glimpse of what the future could be like, with a new video showcasing his vision of Windows XP Mobile -- 2018 Edition.

His mobile OS creation sports the usual XP green and blue color scheme, with a taskbar along the bottom providing easy access to the Start button, phone, internet, mail and messaging components. There’s also an alternative black and orange Zune theme which I’m rather drawn to.

The OS still has the same tiled layout found in Windows Phone/Windows 10 Mobile, but with an XP twist to it. Turning off your phone displays the shutdown screen that millions of XP users are familiar with.

Rover the dog returns in this concept, helping mobile users find whatever they’re searching for, and the OS also comes bundled with 3D Pinball Space Cadet. Music is made more attractive with the inclusion of Windows Media Player Visualizations.

All in all I think it looks fantastic. What do you think? Would you switch to Windows XP Mobile -- 2018 Edition?

47 Responses to Would you swap Android or iOS for Windows XP Mobile -- 2018 Edition?