By Brian Fagioli
7 years ago 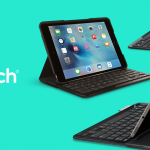 While pundits talk up declining tablet sales, I bought a new iPad mini 4 this year and love it. True, larger smartphones are probably cannibalizing tablet sales, but I still find value in having a small iPad despite owning a large iPhone 6S Plus. I am sure I am not alone.

If you are still a tablet-lover like me, you are probably always on the look-out for a quality case. Today, one of the best companies for such accessories, Logitech, announces new offerings for the Apple iPad mini 4 and the Samsung Galaxy Tab S2. If you own either of these wonderful tablets, you should definitely take notice.

By Max Nottingham
7 years ago 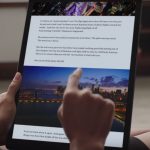 By Wayne Williams
7 years ago 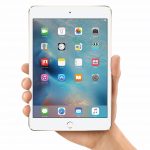 The big iPad news coming out of Apple today was undoubtedly the new super-sized iPad Pro, but it wasn’t the only iPad mentioned. While there’s no sign of a successor to last year’s iPad Air 2 (rumors say that’s not expected until next year) Apple did mention -- in passing -- a new iPad mini 4.

This is the first update of the smallest iPad in nearly two years, and it’s been worth the wait.