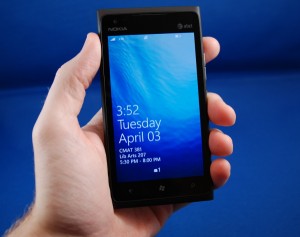 Children often suffer when parents make bad decisions. For the marriage of Microsoft and Nokia, there is trouble looming for the kids -- that's you, buyers of Lumia smartphones. The next version of Windows Phone codename Apollo may not be supported. That's the rumor shooting across the web today. Here's one bit of gossip every current Windows Phone owner should hope is wrong.

I've got no inside intelligence here, hearing nothing either way about Lumia upgrades. But I can see scenarios where Apollo might be a problem, particularly for older CPUs or GPUs. For example, all current Windows Phones are single-core. Surely double-core handsets are coming, but will the software support single-core CPUs? It's the first question to ask, with rumors a flying and Microsoft not denying.

Microsoft has long made backward compatibility a top design priority, and that's something I can only hope won't change for Windows Phone. So far, Microsoft has done right by end users, quickly dispatching Windows Phone software upgrades and supporting most existing hardware. Looking ahead, anything less would be a marketing disaster for flagship handsets.

AT&T started selling Lumia 900 here in the United States on April 8, in three colors. White model hits stores April 22. The smartphone is Nokia's flagship, for which Microsoft and its partners are spending beacoup bucks to market. Then what, a few months into subscribers' two-year contractual commitment, they discover their sizzling hot Windows Phone is obsolete? Say it ain't so, Microsoft and Nokia.

But if it's true, they can't say anything. It's a rock and a hard place. What Microsoft, Nokia or Windows Phone enthusiasts will buy now knowing they'll be cheated later? Silence is confirmation, if it persists. Speak up Nokia and Microsoft. Tell us you'll do the right thing by customers -- in the way we expect you to.

CNET's Lance Whitney asks my question: "No Windows Phone 8 upgrade for you?" The Verge has conflicting reports: "Sources: current Windows Phone devices will not get 'Apollo' upgrade" and "All Windows Phones to get upgrade to 'next major version,' according to Microsoft developer evangelist" both by Dieter Bohn. The "no upgrade" story is more recent and the one setting off lots of InterWeb chatter this morning.

The trouble I see is Lumia. Backward compatibility can only go so far. It's not reasonable to expect Microsoft to support the oldest Windows Phones. Lumia is different, however. The first handsets hit market late last year, and Lumia 900 is freshly baked. Lumia is the first offspring of the Microsoft-Nokia marriage. There are high expectations here, which Apollo could lay low.