Snowden: Facebook is allowing the government to see your messages 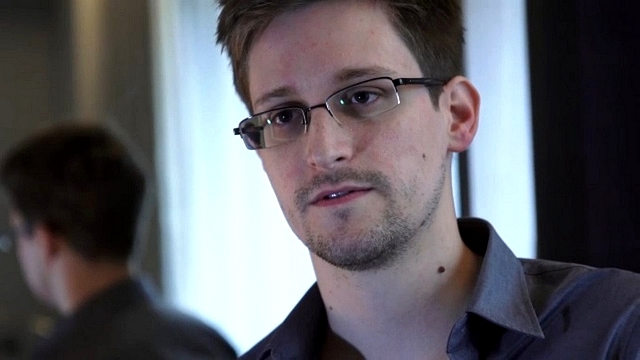 In a lengthy interview with the Guardian, NSA whistle blower Edward Snowden spoke with editor Alan Rusbridger about his extraordinary rise to infamy. Currently in exile in Russia, he talked about how he disseminated documents about the activities of the NSA to numerous countries: "Once you start splitting them over jurisdictions and things like that it becomes much more difficult to subvert their intentions. Nobody could stop it". He remains defiant. He may be an outlaw but "it’s been vindicating to see the reaction from lawmakers, judges, public bodies around the world, civil liberties activists who have said it’s true that we have a right to at least know the broad outlines of what our government’s doing in our name and what it’s doing against us".

He explains how during his time working as an NSA analyst, he learned about previous surveillance programs run under George W Bush. Programs that were deemed unconstitutional and, having been closed, forced the US government to assume new executive powers that were then used "against the citizenry of its own country".  For Snowden the power of the state is worrying:

The ever shrinking costs of technology is cited as a reason to further fear the surveillance programs. When it becomes cheaper to store data than it is to sift through it and work out what is actually valuable, it is held onto for a long time. The NSA, for instance, is able to hang onto information about individuals for five years before having to apply for an extension. While there has been an outpouring of global disgust at Snowden's revelations, he feels the backlash against the government would be even stronger if the impact of surveillance programs were better understood.

You have a tremendous population of young military enlisted individuals who, while that’s not a discredit to them, may not have had the number of life experiences to have felt the sense of being violated. And if we haven’t been exposed to the dangers and risks of having our privacy violated, having our liberties violated, how can we expect these individuals to reasonably represent our own interests in exercising those authorities?

It has long been alleged that the internet companies who have decried the NSA have actually been willing partners. Snowden says that the financial arrangements that exist between surveillance agencies and internet and telecommunication companies is kept entirely secret -- "at a much greater level than for example the names of human agents operating undercover, embedded with terrorist groups".

Talk about the NSA has become so commonplace that it is easy to forget the huge numbers of entirely innocent people whose privacy has been invaded in recent years -- and Snowden insists that the big names have been (maybe still are being) fully compliant.

Agencies are provided with direct access to the contents of the server at these private companies. What it means is Facebook is allowing the government to get copies of your Facebook messages, your Skype conversations, your Gmail mailboxes, things like that.

It seems there is not really a need to be concerned that the government is hacking into private accounts, rather than access is being openly provided on demand.

The world of a surveillance worker is painted as something slightly dirty and sordid. After all, that's precisely what it is. Young men are "thrust into a position of extraordinary responsibility", and the sharing of individuals' private data is common:

In the course of their daily work they stumble across something that is completely unrelated to their work, for example an intimate nude photo of someone in a sexually compromising situation but they’re extremely attractive. So what do they do? They turn around in their chair and they show a co-worker. And their co-worker says: "Oh, hey, that’s great. Send that to Bill down the way.” And then Bill sends it to George, George sends it to Tom and sooner or later this person's whole life has been seen by all of these other people. Anything goes, more or less. You’re in a vaulted space. Everybody has sort of similar clearances, everybody knows everybody. It’s a small world.

While the world's attention has been focused primarily on the US, there are similar surveillance programs taking place around the world, including in the UK. Snowden points out that UK residents actually have a worse deal because "their ability to communicate and associate without monitoring and interference is not strongly encoded in law or policy. And the result of that is that citizens in the United Kingdom and citizens around the world who are targeted by the United Kingdom, by the UK government, by UK systems, by UK authorities, they’re at a much greater risk than they are in the United States".

The debate about ongoing surveillance programs is going to keep us busy for quite some time to come -- there are just no signs of a let up. "It happens automatically, pervasively, and it's stored on databases, whether or not it's needed."

42 Responses to Snowden: Facebook is allowing the government to see your messages