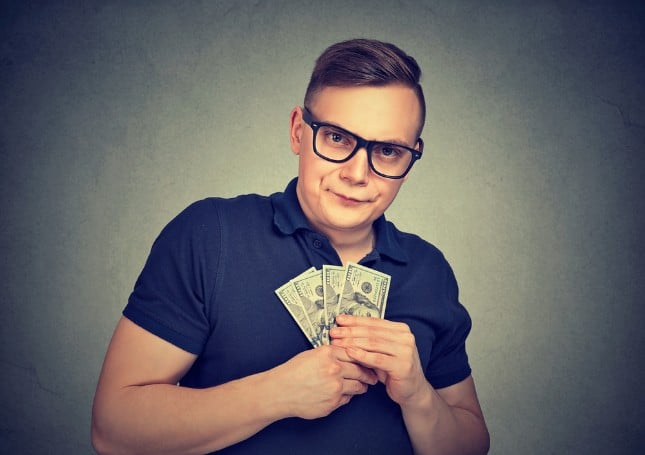 Linux users are cheap as hell. Sorry, but it is largely the truth. I am not just talking about traditional Linux desktop users either, but Android users too. This is why iOS is so profitable despite its paltry market share compared to Android. iPhone users will actually buy apps, while Android users would rather look at ads than part with a measly dollar. Sadly, many people only choose Linux because it is free -- not because they prefer it.

And look, that's fine. There's nothing really wrong with being averse to spending money. Quite frankly, not wasting money is a noble trait. However, like it or not, there is no such thing as a free lunch, and that includes open source software. Eventually, when developers can't pay their bills, that free software you love will disappear.

Sadly, it is not just software that will vanish because of cheap Linux users, but other aspects of the Linux community too -- such as magazines. True, magazines across the board are becoming less popular, but unfortunately Linux Journal has abruptly shut down. This is actually the second time the publication has met its demise, being resurrected only to die once again; kind of like John Travolta's acting career.

In a blog post regarding the business failure, Kyle Rankin, Linux Journal editor says the following.

After dying and being revived, it was finally starting to look like some day soon we would be able to walk on our own.

Unfortunately, we didn't get healthy enough fast enough, and when we found out we needed to walk on our own strength, we simply couldn't. So here we are giving our second, much more awkward, goodbye. What happens now? We gave each other a proper hug during the first goodbye, do we hug again this time? Do we do the hand-shake-that-turns-into-a-single-arm-hug thing? Do we just sort of wave and smile?

It wouldn't be right to say goodbye without acknowledging the wonderful Linux Journal community we have been blessed with who have stuck with us throughout the years and encouraged so much during our first goodbye.

While I am sure the now-former employees at the magazine have many theories of why they are going out of business, the likely truth is, you can't depend on Linux users paying actual money on a magazine. Hell, they'd rather debate which distro is better for free on Reddit.

Again, there is nothing wrong with that, but if the success of your business is contingent on Linux users spending money, you are playing with fire. The exception to this is companies that sell hardware to run Linux-based operating systems, such as System76, as even the cheapest Linux user can't download a computer for free.

Look, Linux users, today it is just a Linux magazine, but tomorrow it could be a popular operating system like Linux Mint, or an essential productivity program such as LibreOffice. You will have to open your wallet eventually, cheapskates! You should donate to a developer every once in a while.

What do you think? Are Linux users more stingy than Windows or Mac users? Please tell me in the comments below.