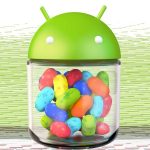 There's an encore to Jelly Bean Build 1. Android Open Kang Project team has announced the availability of the second release named Jelly Bean Build 2 that should be even more impressive that the first.

AOKP Jelly Bean Build 1 is available -- get it NOW! 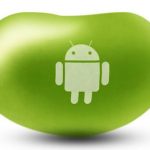 Android Open Kang Project, the team behind the popular custom Android distribution AOKP, has announced the availability of the first Android 4.1 Jelly Bean official build named Jelly Bean Build 1. The number of supported devices is currently limited to the Android smartphones used by the team behind the project, but it has been announced that availability will be extended once "things slow down" and new device maintainers will join the AOKP project.

Although there is no official changelog accompanying the release of the first official AOKP Jelly Bean build, some details are available as to what changes to expect from AOKP Jelly Bean Build 1. 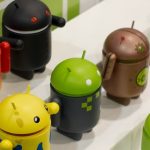 The CyanogenMod team has announced via Google+ the official release of CyanogenMod 10 nightly builds for a limited number of devices. The list includes popular Android smartphones as well as tablets that will now be able to run the latest CyanogenMod, which is based on Android 4.1.1 Jelly Bean.

The nightly builds are compatible with a select number of Android smartphones and tablets.

What does Apple REALLY want from Samsung?

By Joe Wilcox
10 years ago 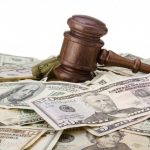 Answer: One-hundred percent of all profits gained from Sammy's smartphones and injunction barring sales of future models. Is that clear enough for you? Because it might not be from the stilted news stories about the Apple-Samsung trial under way here in California. Apple feels entitled to everything. That's how highly the company's top-brass thinks about their intellectual property and how little they do about Samsung's.

Instead of reading about how much Apple demands, blogs and news reports focus on the puny 2.4 percent per phone Samsung asks Apple for so-called essential patents or the extent of copying as told by the fruit-logo company. The story you read everyday about the Apple-Samsung trial is a good yarn, but there's enough urban legend to warrant a Snopes.com entry.

By Clay Hamilton
10 years ago 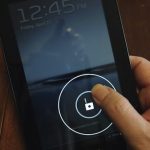 I really like reviewing products, but don’t have the time or patience to measure battery life or benchmark the CPU, etc. I'm more interested in how a product like Galaxy Tab 2 7.0 fits in the scheme of things. How it suits real people.

So far, I think this tablet has gotten an unfair shake among major media. But the reviews at shopping sites tell the real story. This is a nice little tablet. The price is right, too, and it comes with Android 4.0 (aka Ice Cream Sandwich).

Google has lost control of Android

By Joe Wilcox
10 years ago 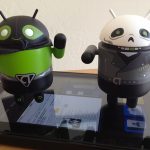 There was great news on the Android front this week. Samsung reported blow-out earnings, with smartphones -- the majority running Android -- accounting for nearly three-quarters of profits. Meanwhile comScore data spotlights the growing US Android tablet market. Additionally, Google started selling Galaxy Nexus direct, with no carrier contract, for $399. But all three share something in common -- what they foreshadow. Google has lost control of Android, and must swiftly act to regain it.

Forrester Research predicts that proprietary Android will surpass the Google Android ecosystem by 2015. Stated differently, Google's open-source mobile platform risks fracturing into multiple fatally fragmented Android ecosystems. Not one but many. There is little time for Google to demonstrate decisive leadership that can keep the ecosystem largely intact. 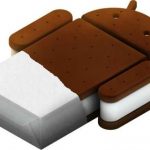 Owners of Samsung's Galaxy line of tablets and smartphones won't wait long for Android 4.0 "Ice Cream Sandwich", according to an announcement the company made today. Galaxy S II and Galaxy Note will receive ICS in the first quarter of next year, followed by other Galaxy devices throughout 2012.

The new version of Android's operating system is a significant upgrade over previous releases, including enhancements such as "face unlock", improved multitasking and notifications support, and a updated user interface. 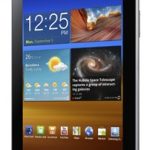 In an age where our phones seem to be getting bigger and our tablets smaller, Samsung's latest addition to its Tab family is no exception. The Korean company introduced a 7.7-inch version of its popular tablet, complete with Android 3.2 and Super AMOLED Plus display.

The device is a followup to last year's original 7-inch Tab, but is the first tablet from the company to use Samsung's better display technology. It also features 1280 x 800 resolution, one of the best in its size class. Super AMOLED means the display will be viewable in sunlight.

German court: You can have iPad but not Galaxy Tab

A German court ruled on Thursday that the earlier issued injunction barring the sales of the Samsung Galaxy Tab 10.1-inch tablet in Germany will be allowed to stand. The ruling remains in effect until at least September 9, when the court plans to issue a final verdict.

The ruling means that Samsung will be barred from showing off the device at IFA 2011, Europe's biggest consumer electronics show slated to take place next week in Berlin.