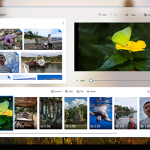 It’s been another very busy day for Microsoft today. At Build, the software giant announced that the next big update of its new operating system will be called Windows 10 Fall Creators Update, and now we have a new build of that for Windows Insiders.

Build 16193 introduces some of the new features that Terry Myerson announced on stage at Build, including the new Story Remix app and Power Throttling. 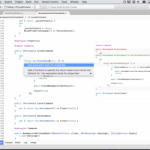 We first learned of Microsoft's plans to bring Visual Studio to the Mac last year in November, but it is not until Build 2017 that the software giant announced the general availability of the much-awaited version of its IDE. That's right macOS users, Visual Studio 2017 for Mac is finally here.

Visual Studio 2017 for Mac arrives two months after Microsoft released the Windows version and the fourth beta of the macOS IDE, and brings with it a number of new features related to things like .NET Core, web tooling and Xamarin. 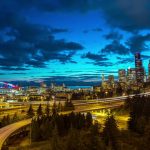 Microsoft’s Build developer conference got under way yesterday, revealing interesting information, such as Windows 10 is now on 500 million active devices, and the software giant has developed a wearable for Parkinson’s disease suffers.

Today’s keynote will be exiting for anyone interested in Windows, as Terry Myerson, Microsoft EVP of the Windows and Devices Group, will be taking to the stage. 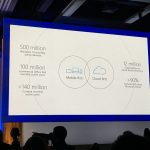 During the Build developer conference keynote in 2015, Microsoft said that it expected over 1 billion Windows 10 devices to be in consumers hands within 2-3 years.

Two years have passed since then, and at this year’s Build conference Microsoft announced that Windows 10 is now on 500 million Windows 10 devices, active monthly. That’s an impressive number, even if it’s only half of the original projection.

Microsoft is kicking off its annual Build developer conference in Seattle today, starting with its opening keynote this morning (a second keynote is happening tomorrow).

As it’s a developer conference we’re not expecting to see any new hardware this year, but we will likely have more details on the newly announced Windows 10 S, Cortana skills, mixed reality, and more.