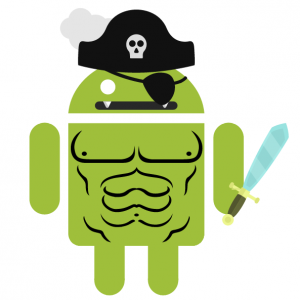 Analysts love to make predictions. It's a no-risk gambit, because the forecasts are years away and nobody remembers if they're wrong. After thrice predicting that Windows Phone would beat out Apple's iOS by 2015, IDC has another for the same year: Android media tablet shipments will exceed iPad. By that reckoning, the firm predicts that Google's mobile OS will dominate the two major cloud-connected -- post-PC, if you insist -- device categories (the other being smartphones).

"As the sole vendor shipping iOS products, Apple will remain dominant in terms of worldwide vendor unit shipments", Tom Mainelli, IDC research director, says. "However, the sheer number of vendors shipping low-priced, Android-based tablets means that Google's OS will overtake Apple's in terms of worldwide market share by 2015. We expect iOS to remain the revenue market share leader through the end of our 2016 forecast period and beyond".

Well, hell, cancel my new iPad order. Give up my place in line outside Apple Store. Why bother if Androids will rule in just three years? Assuming that they will. Most analysts didn't see iPod coming. I remember forecasts showing Windows-powered portable media players would put iPod down. Who rightly anticipated iPhone's ascension? Or iPad's? Hell, even Android forecasts missed the mark.

The question isn't shipments but platform dominance, and they're inseparable. As I explained 17 days ago in long missive, "Apple is winning the platform wars", iOS is gaining rapid momentum. Since then, Apple released some startling numbers:

So does IDC's forecast take into account the larger platform and ecosystem around it? Not in any way that is obvious. So I will. Before Android can rule the world, Google and its partners must overcome some hefty obstacles:

1. Android fragmentation. In November, I proclaimed that "Android fragmentation doesn't matter". It doesn't, except when it does. Android phone manufacturers have done an excellent job customizing the user interface for their smartphones, so that their customized experience matters more than the underly Android version. That's good for competition and differentiation among Android handsets. Choice is good.

Fragmentation is by and large a perception problem, but also one that makes Android less appealing to many developers. Google sends the wrong message to everyone letting its Motorola Mobility subsidiary take as much as a year to update devices to Ice Cream Sandwich. Yeah, that sure instills confidence in the platform.

2. Amazon. Only Amazon has done any meaningful Android customization on tablets, creating a curated experience similar to Apple's. ASUS has carved out a niche for Eee Pad Transformer, but nothing really reaching beyond Android enthusiasts and gamers.

Tablet buyers rewarded Amazon. According to IDC, the retailer shipped 4.7 million Kindle Fires during Q4, jumping to second place market share during the launch quarter. Amazon's continued success is good for driving up Android shipments against iPad, but it's bad broadly. Kindle Fire benefits Amazon and its customers willing to buy into the curated experience but not the expanse of third-party developers or larger Android ecosystem.

Amazon's objectives are contrary to Google's. For example, if I type the web address to Google's Android Market into the Silk browser on my wife's Kindle Fire, Amazon's Android app store opens instead. On other Android tablets, Google Play is default but there is option to sideload from other stores, like Amazon's.

Yet Kindle Fire is largely responsible for Android market share gains -- 44.6 percent during fourth quarter, up from 32.3 percent three months earlier, according to IDC. If Android is fragmented now, its future is fractured if a heavily customized version leads the market. During fourth quarter the two leading tablet operating systems were iOS and Amazon's Android, not Google's, with combined share of 71.5 percent. The two most successful tablet platforms offer similar, curated -- apps, ebooks, music, movies and, in the case of Amazon, online physical goods -- experiences. 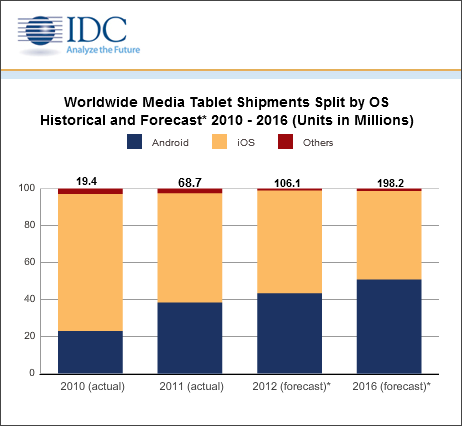 3. Tablet reference design. During last year's Consumer Electronics Show, I observed: "The most important tablet is missing from CES, and it's not iPad 2". Google needed to take leadership over the Android tablet market 18 months ago. Amazon is filling the vacuum, culling Android and supporting apps to its own benefit, not the ecosystem's.

Google had the right idea with the Nexus line of smartphones, which first two generations set reference designs for Android manufacturers to follow -- and they did. Google has promised a tablet this year, but it's still missing. There needs to be a standard reference -- a baseline -- for Android OEMs.

5. Google integration. Since Larry Page returned as CEO in April 2011, Google has dramatically increased cross-integration of products and services, with +1, Google+ and "Search Plus Your World" among obvious examples. They touch just about everything Google does. But cross-integration is much broader and is glaring in Android 4.0.

By gluing its products and services to Android, Google lowers the appeal to third-party app developers. Some will argue Apple does the same with iOS, but it's lesser degree and nowhere as important. Google search arguably is a necessary utility, for example.

6. Antitrust spectre. All this integration, along with privacy issues, is drawing antitrust fire on two continents. The US Federal Trade Commission has subpoenaed Apple and others regarding its Google investigation.

Microsoft's US antitrust case stifled the company's innovation for more than a decade. Google could find itself in similar straights, which could negatively affect the Android platform during a crucial time of expansion.

7. Android tax. Microsoft now collects patent licensing fees from all major Android manufacturers but Motorola (okay, now Google). Apple is looking to collect duties on Android devices, too. According to sources speaking to Dow Jones, Apple offered to settle Motorola and Samsung patent litigation with one term being $15 fee per device -- that's as much as Microsoft is rumored to get.

IDC's forecast is based in part on the assumption that low-cost Android devices will proliferate during the forecast period. That's less likely if more OEMs pay the Android tax or it increases.

8. Windows 8. IDC ignores Windows 8 and Windows on ARM, which Google can't. Like Gartner, the analyst firm separates tablets running the likes of Android, BlackBerry OS and iOS from those running Windows. IDC considers Windows tablets to be PCs. Surely the forecast would look quite different otherwise.

Microsoft's new operating systems are sure to pull away interest in so-called media tablets running Android or iOS. That's a bigger problem in context of the aforementioned 7 things.

One Thing is Certain

Interest in tablets is exploding. Shipments rose 155 percent year over year in Q4 -- up 56.1 percent from third quarter, according to IDC. For the year, manufacturers shipped 68.7 million tablets, the majority from Apple. Growth is so strong, IDC raised its 2012 forecast to 106.1 million units from 87.7 million. For 2016: 198.2 million tablets, which presumably is too low based on recent IDC mobile device forecasts.

ChangeWave says that 22 percent of enterprises plan to buy tablets during second quarter, with the majority overwhelmingly planning on iPad. That's 84 percent, up from 77 percent in November. Meanwhile, interest in all competing tablets declined.

Gartner claims that the cloud will replace the PC as center of people's digital lives by 2014. Smartphones and tablets lead the way.

The larger question is platform viability, and which one(s) dominate. It's too early to call Android, or even iOS, the one that rules.

58 Responses to Android rules the world?